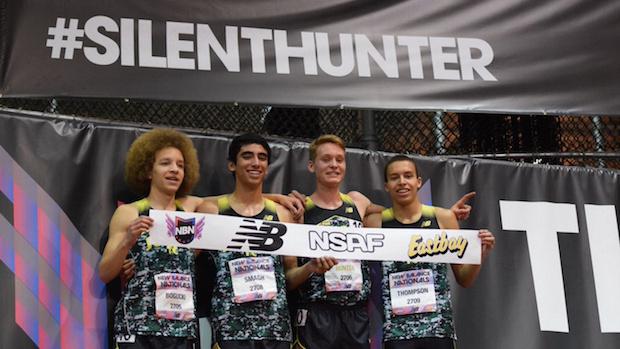 If Drew Hunter is victorious this weekend, he won't be the first in his family to bring home a Penn Relays wheel.

Joan keeps the wheel in her husband, Marc's, office: "My husband's shrine to athletics." 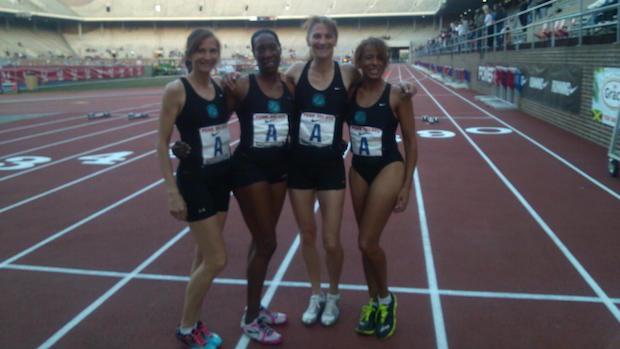 But the national high school record holder could be the first to bring the infamous "penny" back to Loudoun Valley High School. He will anchor the Distance Medley Relay this Friday; to the best of anyone's knowledge, it's the first time that the Vikings have sent a relay team to Penn.

"There's no point in going to Penn if you're not going to win," Hunter said over the phone on Saturday.

Loudoun Valley enters as favorites, not only for their 3:57 anchor in Hunter, but for the sum of their four legs: sophomore Colton Bogucki on the lead-off 1200m, Nathaniel Thompson on the 400m leg,Will Smagh to run the 800m and Hunter on the anchor.

The quartet dubbed themselves The Jungle TC and could be overheard referring to each other as "The Jungle Boys" during New Balance Nationals Indoor, where they won the DMR. For Hunter, the win was his second in as many years at the meet. But for the Jungle Boys, it was a first-time major championship experience.

"I knew we had Drew on the team, but I kind of doubted us. I was surprised," Bogucki said of the squad's national title.

The sophomore's dramatic one-year improvement has proven key to Loudoun Valley's 2016 debut on the national stage. He jumped from 33rd at the Virginia state cross country meet as a freshman to fifth overall this fall; his 1600m personal best dropped from 4:34 to 4:23 and his 800m improved from 2:05 to 1:56.

Bogucki is the lone underclassman in the group. Hunter, Thompson and Smagh are all seniors with commitments to run at the University of Oregon, University of Mary Washington and Adams State University, respectively.

To race at Penn is "a dream come true," says Thompson, who was part of a 4x400m relay team that did not meet the entry standard to race in Philadelphia last year.

"It's so different seeing other people sharing the same joy as you in winning," Hunter said. "It's harder to have four guys all competing at a high level. It's more humbling to win as a group."

The relay is likely Hunter's last major prep race with a baton.

How fast can they go?

And how fast will Hunter split?

He ran 4:04.32 at New Balance to nip River Dell's Will Daly at the line in the Armory, 10:03.42 to 10:03.98. The fastest anchor of that day was Concord Carlisle's Thomas Ratcliffe, who ran 4:02.34 to secure third place. Both River Dell and Concord Carlisle are entered in the Championship of America DMR.

Hunter says there's no time in mind for the relay, just a 'W.'

"A race like Penn, the goal is always to win," he said in an interview after running a 3:42 1500m season opener on Friday. "I'd like to make Penn as memorable a last race as possible. Will I go out in 1:55 and die? That might be what I have to do."