When Australian teenager Talia Martin won the prestigious Stawell Gift over Easter weekend, she earned a prize purse worth $40,000. But meet officials fined the 15-year-old a sum of $2,000 after observing she "improved more than most runners improve in a lifetime" and accused her of cheating to gain a favorable headstart in the handicapped race.

The Stawell Gift is a 120-meter race over a grassy gradient at Central Park, Stawell in Victoria, Australia. The event, held every Easter weekend by the Stawell Athletic Club, is the oldest and richest sprint race in the nation: winners stand to earn a $40,000 prize purse and the first winner was crowned in 1878.

But it's not a straightforward sprint race -- athletes are given a mark of zero to 10 meters from the start line depending on their performances earlier in the season. While the Stawell Gift has hosted Olympians, the handicap allows the possibility for an amateur to win. 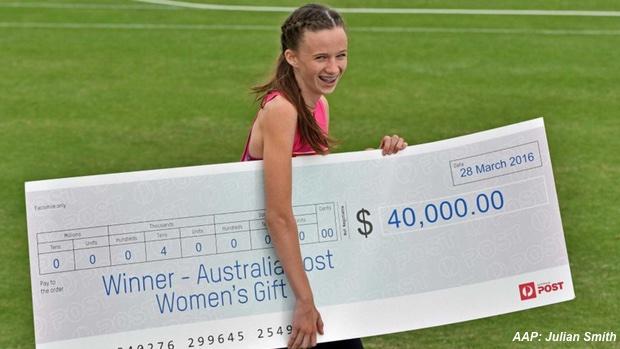 The handicap has also encouraged bookkeeping --betting on the athletes-- to become an integral part of the event.
Martin was estimated to have run seven meters quicker in Stawell than she had in the Ararat Gift 12 days ago.
"When she got here, she ran seven meters quicker than in Ararat, which is more than most runners improve in a lifetime," chief steward Brian Marantelli told the Sydney Morning Herald. "In our sport, that is called improvement of extreme range. Extreme range stops at four meters, so she was well off the chart for improvement in a short space of time." 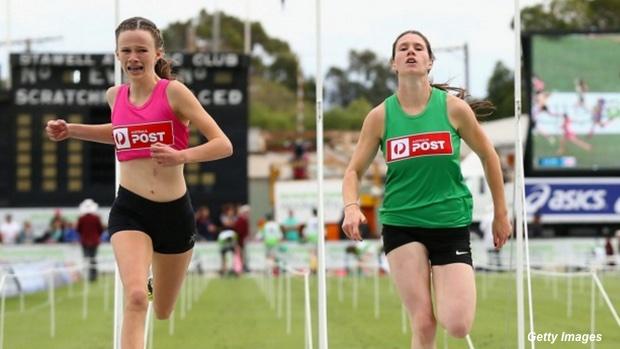 Her coach, Peter O'Dwyer, who has coached the last three champions in the women's Stawell Gift, appealed the severity of the $2,000 fine, but not the verdict. The appeals panel reduced the fine to $500, though also imposed a $1,500 fine to any additional prize money the teenager might win.
Martin said her poor performance in Ararat was due to the recent death of her aunt.
"I just have so many emotions running through me. I am excited and happy and overwhelmed," she told SMH. "I can't believe it has happened. Aunty Barb always came down to Stawell with us and it's been really hard without her. Hopefully she is watching me from up in heaven and she is proud."
She plans to use the money to buy a hoverboard.
Learn more about handicapped racing here.
Tweets by milesplit