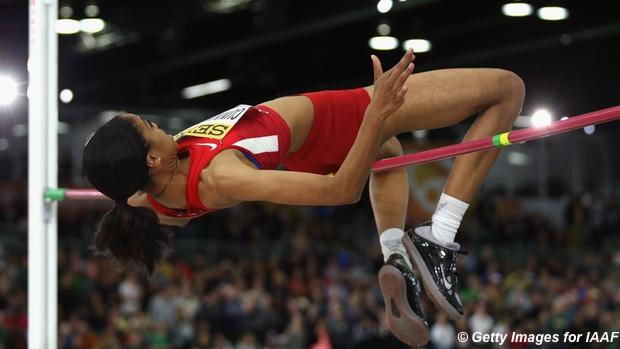 Vashti Cunningham won gold in the high jump at the IAAF World Indoor Championships on Sunday, March 20. The 18-year-old is the youngest-ever medalist in the event. This is Cunningham's career-first appearance at a senior-level world championship. She won on a clearance of 1.96m/6-5.25 with no misses and announced after her win that she intends to turn professional.

Cunningham is a senior at Bishop Gorman High School in Las Vegas. She is the daughter of NFL quarterback Randall Cunningham, who also serves as her coach.

The U.S. champion and world leader entered the Portland, Ore. competition as the top seed and performed accordingly.

She led all competitors with zero misses through 1.96m/6-5.25. Only three other women cleared that height: Spanish champion Ruth Beitia, defending indoor world champion Kamila Licwinko of Poland and Lithuanian Airiné Palyšyté, though all three recorded at least one missed attempt.

Vashti Cunningham misses first attempt at 6-6. No one has cleared the height yet #Portland2016 pic.twitter.com/vy2Gaw10yM

No one successfully cleared the next height of 1.99m/6-6.25 and Cunningham was declared winner based on fewest misses.

"I was really just hoping to keep working hard and not lose my focus so I'd be ready to come in here and go against professional athletes," Cunningham said after the win of the quick week between winning USAs and winning Worlds. "I give all the glory to God."

Of her impending pro announcement, she said: "I believe I'm going to be turning pro, so just keep on the lookout for me making my decision." 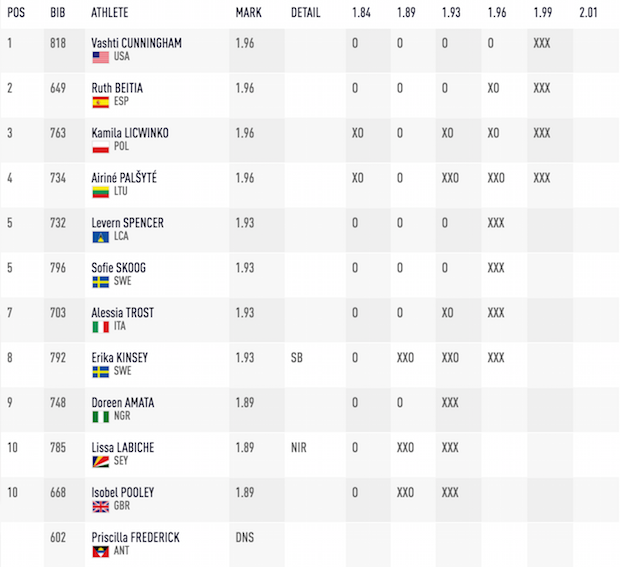