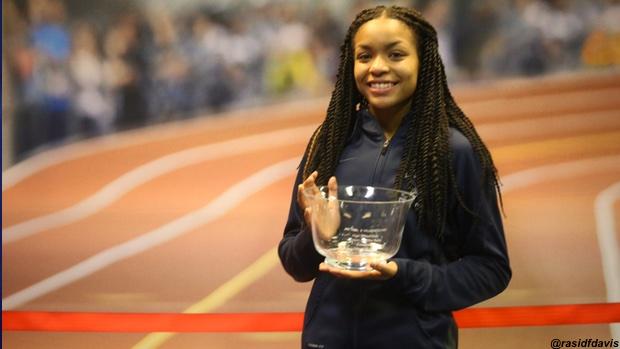 [I have to leave practice early because...] I have class from 6 to 8:30 at City Tech; I'm taking EMT -- Electromechanical Engineering Technology. I have to finish in June for my Associate's Degree.... I always have to do things on my own so it's teaching me how to mature, I have to figure out when working out is good for my schedule even when I'm not with my team.

I'm going to the University of Alabama. It was based on the coach and the team; they have a really good support system.

The goals are to break the PSAL 4x4 record and the state record in the 4x2 and 4x4.

We're all very playful, like at the hotel and stuff we jump around. But when you come into the race day, it's like headphones in, you have to come here to do something.

[What about goals for nationals?]

We're definitely trying to win the 4x2 at nationals and the 4x4. 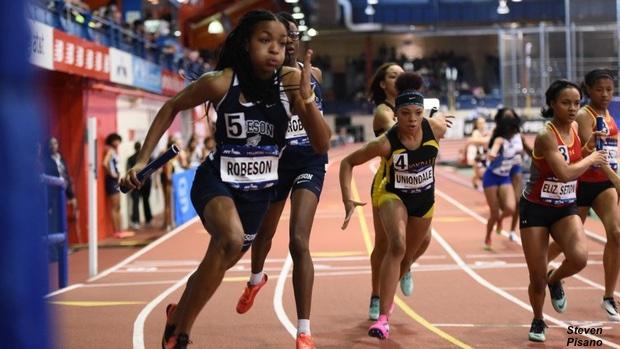 I've had the worst luck at nationals. That's everything right now, I'm just holding on to the rankings for the rest of the year.

[What would go wrong at nationals in the past?]

I think that I'm just getting into the way that you're supposed to run the 400m. Like, before, I didn't relax at all and was just going... but now I know you're supposed to relax your arms and legs, keep your composure and the last 50 meters is just keeping your form.

I've been learning new ways to run it but I always knew sophomore year and coming up that I was a 400m runner.

I'm definitely trying to be All-American again but [also] just setting a new PR for me, going to CARIFTA Games in Grenada -- I'll know, 'I can do this.'

I was supposed to go last year but [it didn't work out]. I'm happy. It's a new experience; I'm really nervous. One of my first big, big stages and to compete against people from other countries -- that's new for me.

I'll be running in the under 18 [age group at CARIFTA].

My mom was born in Grenada but she's from Barbados so I have a lot of family in Barbados but I will be representing Grenada. This will be my first time [in Grenada]. It's exciting; I don't even know how to describe it. I'm just gonna go out there and do my best. It's on the 21st and 26th [of March].

I've definitely this year cut back on the number of races I ran. I'll go to a meet and just run one race so it's good for me because I get to focus my energy on just one race or I'll not run certain meets [that] I don't have to and just the bigger championship races. It's taught me to... when I compete, compete hard with all my energy.

I looked at the results last year and I think a 53 won.

[How do you think doing so many different distances indoors help prepare you when you finally get in a straight up quarter mile race?]

The 300m shows me how my turnover speed is.

[Is that what Alabama says, too?] 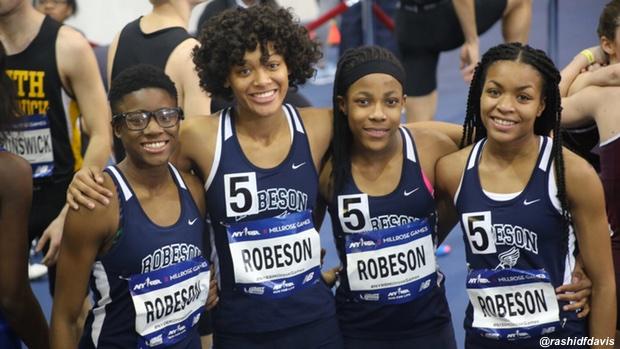