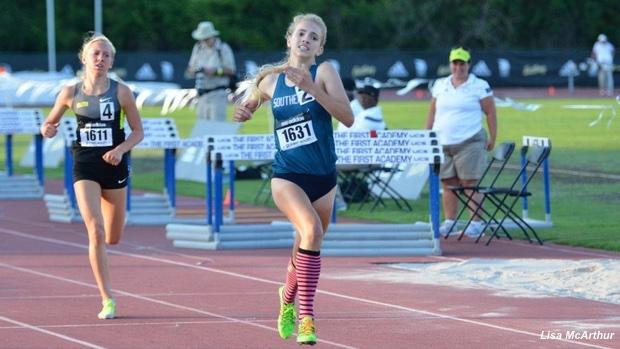 AUSTIN, Texas (Feb. 9, 2016) - FloSports has taken ownership of the 2016 Golden South Classic, one of the most historic high school track and field meets in the nation. The event will be streamed live for the fifth time on FloTrack and MileSplit. Held annually in Florida, Golden South attracts top-level talent from across the southeast region.

The event will move from its longtime home at The First Academy in Orlando to the National Training Center in Clermont.

The meet traditionally has two sections: the classic division, for elites, and the prep division, for younger athletes and those just outside of elite qualifying marks. In 2016, FloSports will add an additional section: the Who's Number One (WNO) Speed Duals. WNO is a successful franchise for FloSports and its mission to find the best of the best high school athletes in the nation for a variety of sports. The Speed Duals will be an invitation-only search to find the fastest prep athletes in the United States.

The May 2016 edition will mark the meet's 40th anniversary.

On Feb. 3, the event's longtime sponsor, the Arnold Palmer Medical Center Foundation, announced that it would no longer be able to manage the meet. For nearly twenty years, the hospital has greatly benefitted from the event and its success as a signature fundraiser for Arnold Palmer Hospital for Children.

"There was an outcry from coaches not only in Central Florida, but throughout the southeast region because the meet was so beneficial to the athletes," says long time meet director Ken Brauman. "It has served a tremendous purpose, both nationally with the performances that always carried the meet, plus it was great for the community of Florida. I received tons of calls: 'What do we need to do to keep this going?'"

It turns out, a lifeline wasn't too far away. In an effort to preserve the legacy of Golden South, Jason Byrne, FloSports VP of Software Development and longtime Golden South supporter, began reaching out.

Byrne has covered the sport in his home state since founding FLrunners.com as a high school student in 1997. He first covered the Golden South Classic in 2000.

The MileSplit founder reached out to Brauman to see what needed to be done to save the meet. It wasn't long before FloSports officially stepped up to take over the event and usher it into the future.

Byrne has experience as Meet Director of two major events: the FLrunners.com XC Invitational, held since 2000, and the FLYRA Middle School State Championships, held since 2002. FloSports Co-Founder and COO Mark Floreani put on the first FloTrack-sponsored track and field event last summer in Portland, Ore. - the innovative FloTrack Throwdown, which promoted the sport in a festival-like atmosphere with food trucks, music and spectators cheering from the infield.

"It's been a great meet for 39 years and Jason and I couldn't let it not go on," Floreani said. "We're excited to keep the tradition going, and breathe new life into it to make it bigger and better. Jason has a great festival-like event with the FLrunners meet, and last year we brought that atmosphere to the FloTrack Throwdown. We want to continue that tradition with this meet. We want to make sure that fans have a good time and we're going to make track fun."

A Flo track meet is certainly fun-- but don't forget the fast.

"It's hugely important [to save the meet] because meets like this seem to be dying throughout the country," Brauman said. "Track and field is not a high revenue sport. With things such as the World Youth Championships on an international basis, meets like this are really important to put up qualifying marks."

Brauman, a former long and triple jumper for Iowa State (class of 1969), has served as a team manager or coach for a number of junior and senior-level international track and field teams. He is the only high school coach to be designated as the head manager of an Olympic team. He managed for the United States' men's delegation to London in 2012.

"I don't know what we'd do without [MileSplit and FloTrack]. Nowadays, I don't think track and field could survive without it," Brauman said. "It's taken us from -- in the U.S. from being only knowledgeable about what's in your state to knowledgeable about what exists throughout the United States and in the world, so it's really opened the doors."

Plans are already underway for an outstanding 2016 event in May. The Arnold Palmer Medical Center Foundation is supportive and encouraging as the event embarks under new management and is thankful to see the legacy continue.