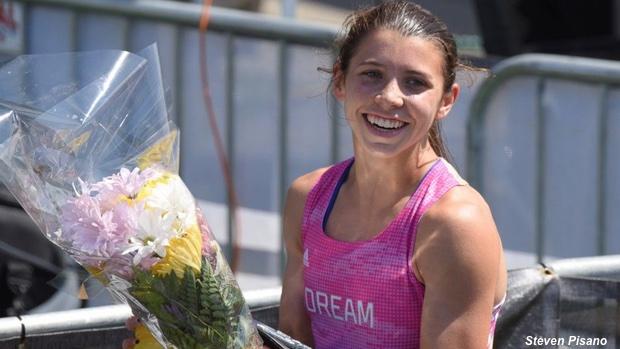 Christina Aragon has committed to Stanford, according to her hometown paper, The Billings Gazette.

The senior from Billings High School in Montana is the nation's fastest returning miler with a personal best of 4:37.91, clocked en route to winning the adidas Dream Mile last spring. That time ranks her No. 8 on the U.S. All-Time List; she also ranks No. 5 All-Time in the 1500m (4:16.36 PR). Aragon gained notoriety in the spring for a sizzling kick that also saw her win the Brooks PR Invitational 800m in a personal best of 2:04.00 that makes her the third-fastest returning half-miler in the country.

Debalsi and O'Keeffe are two of the nation's best returning two milers (Debalsi's best is 9:55; two-time California cross country champion O'Keeffe has run 10:00.85 for 3200m). Walker's 800m PR of 2:03 makes her the No. 2 national returner in the 800m and one of only two girls with a faster PR than Aragon. Donaghu, a 4:41 performer, is the defending Brooks PR Mile champion.

There was some thought that the youngest Aragon child would join her family's legacy at the University of Notre Dame.

Her father, Chuck, was the first sub-four minute miler in Fighting Irish school history. Her sisters, Danielle and Alexa, both ran for the Indiana school. Alexa graduated in 2014; Danielle is a senior this year.

Aragon is also an accomplished gymnast. The Billings Gazette confirmed the college commitment by contacting the family while at a gymnastics meet - not a track meet - in Texas this weekend.

Are we missing a college signing? Email jojo@flosports.tv.