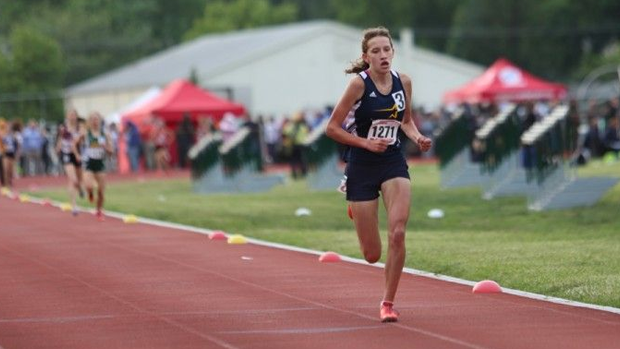 The senior owns personal best times of 4:51 for 1600m, 10:21 for 3200m and 17:03 for 5k. She won the New Jersey Meet of Champions 3200m last spring, where she set her best time. Dwyer's highest placement at New Balance Nationals was an eighth-place finish in the 5k; she also qualified as an individual for the 2013 NXN Championship.

Dwyer decided on Furman over Penn State and NC State.

"I decided on Furman as I liked its small school feeling, the class sizes and its available running resources," she said. "I am most looking forward to working with the coaches and running with the other girls on the team as we all work together to accomplishing our goals."

The decision sparks a move across the country, but she is ready for the new climate.

"I can't wait to run in warmer weather and I also have family that live nearby in Asheville, NC," she said.

Qualifying for another national team is one of her biggest goals this season, in addition to defending her New Jersey MOC 3200m title.