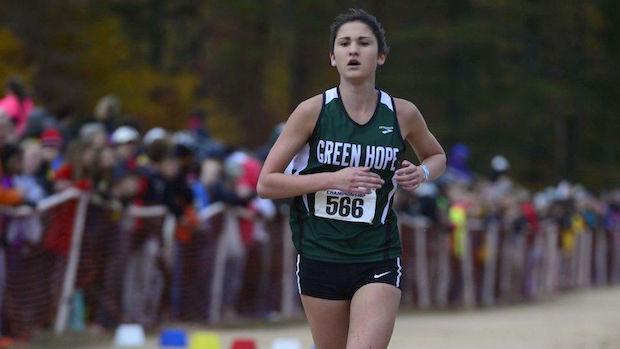 The No. 12 ranked Wolfpack was never a given for Henes, though both her parents are alumni of the program.

When she was a freshman, Elly said she wanted to attend school out of state. But she slowly warmed to the idea of staying in North Carolina and made just two official visits: one to N.C. State and one to Providence, currently ranked No. 11.

"Both visits were really fun everyone was really nice," she said. "Visits are fun. But when you find the right fit, you know and you know with the environment of the team, the people who you want to be around for the next few years."

Both of Elly's parents were distinguished athletes during their time in the Wolfpack. Laurie is an eight-time All-American, as well as the 1991 NCAA 5k champion, and her father, Bob, is a seven-time All-American. Laurie enters her 10th year as head coach of the program this fall, which set the record for most NCAA appearances last fall with a 28th straight appearance.

Despite their athletic prowess, neither parent has played a large role in coaching Elly in her own running career.

"I'd work with the school coaches [starting with seventh grade track], but my mom and dad would make sure I was doing everything outside of track right," she said. "We kind of discussed separating the parent-coach kind of thing, at least, you know, while I'm at practice. I want to make sure she's my coach at practice."

Per NCAA rules, Laurie Henes is not allowed to comment until Elly has officially signed.


Bob did comment, however, expressing his excitement is being able to watch her race this season.

"We're excited," he said. "For me, personally, I get to see her race nearby get to be closer part of her college career and that's exciting. She has a good fit with the team, she feels comfortable with the team.

"I think when Elly was younger, Mom was always a coach but she was also Mom. And she may not have listened to Mom's advice about running, but now as she gets older and more into her training and racing, I think she'll value her mother's experience in that area." 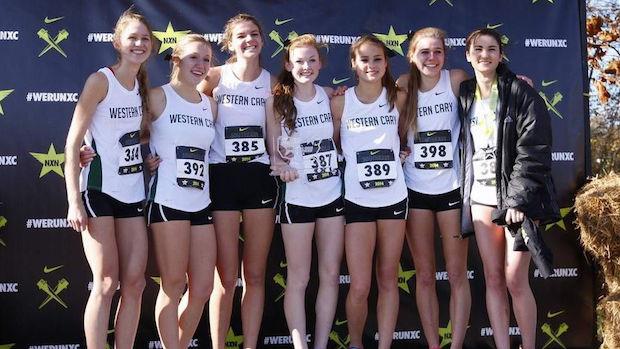 Henes will race this Saturday in Greensboro, though her Green Hope team typically stays conservative through the first few meets of the season. Her first big race is the Great American XC Festival on October 3, where the Falcons will hope to fly as they pursue a second straight NXN berth.