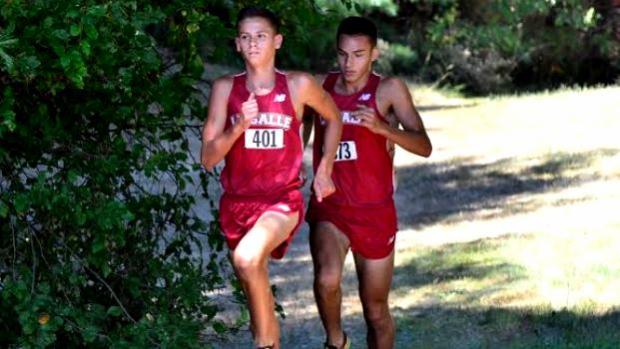 La Salle, ranked Flo50 #12, easily won the team title 26 points even without senior Jack Salisbury, who ran a 4:06 mile this spring and could conceivably be the team's No. 1 runner.

The La Salle girls are also ranked No. 12 in the Flo50 and ran away with a 17-point victory. Karina Tavares, Eliza Rego and Emily Kane all finished in a dead heat at 18:43 to sweep the championship section.

If Salisbury were to race, one wonders if the boys would have pulled a similar 1-2-3 sweep with all under the 15 minute barrier. Dangerous things are brewing in Rhode Island!