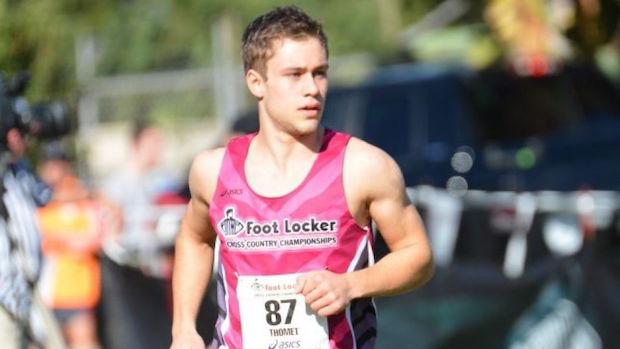 For Levi Thomet, packing his bags for college was not quite enough of a new challenge.

The 2015 graduate of Kodiak High School, who is the seventh-fastest indoor two miler in prep history (8:48.32), is taking a much different route than many of his recently graduated, elite running peers.

Jülich, to be exact, as he participates in a three-week intensive language immersion program to prepare him for a year as a young diplomat.

Thomet is a participant in the Congress-Bundestag Youth Exchange. The program is sponsored by the U.S. Department of State, Bureau of Educational and Cultural Affairs and designed to strengthen ties to Germany via citizen diplomacy. Most students join the one-year exchange as high school sophomores or juniors, but Thomet's late birthday meant he hit the age requirement to qualify.

"I was gonna apply last year, but I decided I wanted to stay for cross country/track [my senior year]," he said. "I kind of like the idea [to go abroad after high school graduation], one, because I didn't want to go straight to college. Two, I like traveling a lot." 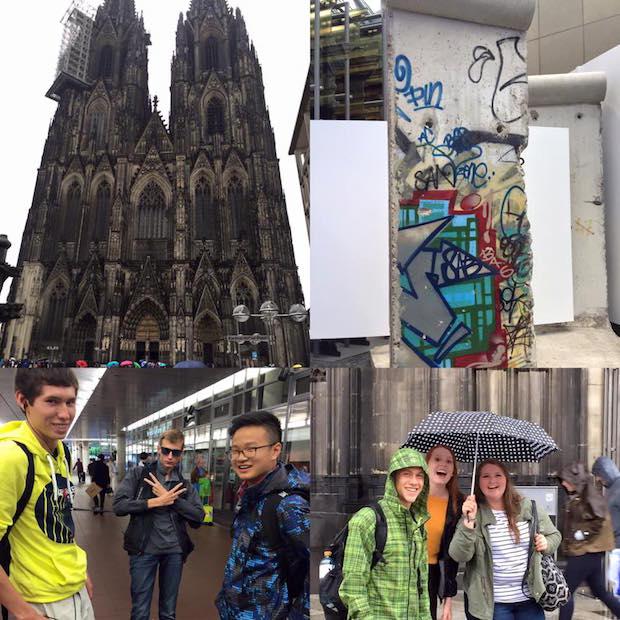 "I think it's kind of redshirting without having that redshirt year. Plus, I'm kind of young for my age so I'll be able to come in with more racing experience."

He's still researching which training group may be the best fit, but is planning to join a local club. This past weekend, he ran (and won) his first local race - a 10k at the Heinrich-Antos-Gedächtnislauf und Monte Sophia event that holds a 28k, 10k and 5k.

"It was more of a tempo," he said. "But I won and ran 32:25, which I was pretty happy with counting that I haven't raced in awhile. It felt good and made me feel good about how my training has been going."

Thomet is currently logging the highest mileage of his life, about 60-70 miles per week, in anticipation of competing on his first USA team at the World Junior Mountain Running Championships in Snowdonia, North Wales on Sept. 19.

"It felt great to get selected!" he said. "I've had a real desire to make a USA team for a while and when this came up, I was pretty excited. Plus, the fact that it's in Wales is awesome."

Thomet is excited for the trip to Wales, but this summer is hardly his first time abroad. His parents are fishermen in Kodiak, Alaska and have instilled a sense of wanderlust into their only son. Upon high school graduation, he's already checked South Africa, the Caribbean, the British Virgin Islands, Mexico, Guatemala, Belize, Panama and Amsterdam off his list.

"I think it's great to get out and travel," Thomet said. "It really opens up your ability to deal with change and... not be afraid to just go out and do stuff."

'Stuff' in Germany this year does include education. Thomet and his fellow diplomats will take 13 different classes that alternate throughout the week, including math and German. A lot of German. Thomet got a Roseta stone at the end of the school year, though still was "definitely not fluent" this summer. His three week language intensive program, which just ended last Friday, ran from 9 a.m. to 3 p.m. every day and centered on conjugating verbs and other grammar necessities.

"So we didn't get much every day conversation in. That comes with just talking to people and going to school here."

Shoutout to that water station waiting at the end of a good race. First race in Germany complete and now on to Worlds! #MonteSophia #milesplit #deutschgrind #readytoroll #readytorock

Thomet does plan to enroll at a traditional, four-year college in the NCAA DI system upon his return to the States in 2016. Nothing is official, but he has his eye on the University of Oregon, where both his dad and his high school coach are alumni.

"Oregon has a great business program," he said. "Since I'll be traveling a lot, I'll have a lot of international experience."

But before that, he has some growing up to do.