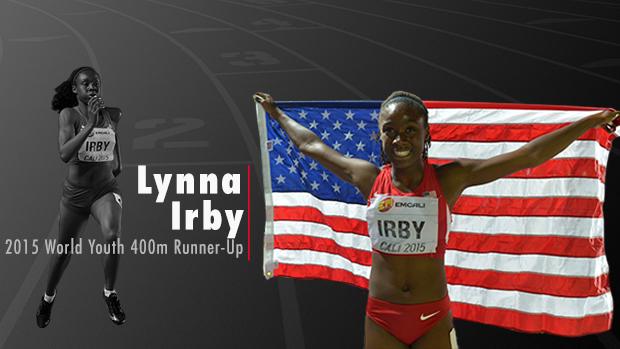 Rising junior Lynna Irby of Pike High School, Indiana capped off her amazing 2015 season with a Gold and Silver Medal at the World Youth Championships. In the 400m, Irby not only ran a PR by over a second, but in the process she ran U.S No.1 51.79 to earn herself a silver medal. Her racing didn't end there. On the last day of competition, she ran the second leg of the winning Mixed 4x400m relay, splitting 53.3 to open up a gap. Her success on the National level is something that is a product of her state level success . At both the 2014 and 2015 IHSAA state meet, Irby pulled off impressive triples, winning the 100m, 200m, and 400m.

MileSplit: You came second in the 100m at the World Youth Trials. What made you decide to focus on the 400m rather than doing the double?
Lynna Irby: We found out that the 400m semifinals and all rounds of the 100m dash were on the same day, so bouncing back and forth would have been difficult. I made the decision to go with the 400m because I thought the outcome would be better.

How did your experiences at this international meet differ from meets within the United States?
It was different from US meets because I had to run at night and my races are usually during the day.

In the semis, you ran 52.77 which was .35 seconds off the state record. Heading into the finals, was that record something you were chasing?
I actually didn't even know what the state record was, all I knew was I had a pretty good chance of making the podium and having another PR.

You ran another PR (51.79) in the finals to grab silver and end the season as U.S No.1. What did this accomplishment mean to you?
This accomplishment means to me that anything is possible and that all my training was heading in the right direction. I felt honored to be able to have USA across my chest and represent such a great country. 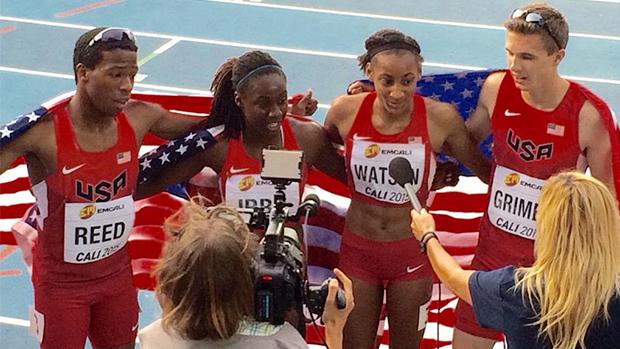 On Sunday you ran the second leg on the mixed 4x4 and put a gap on the field. Describe what was like competing with and against guys.
It was a different, fun experience that I will never forget. I know that in usual circumstances, guys are faster than girls, but my teammate put me in a good position to allow me to open the gap.

Is there anything you took away from the World Youth Trip that will help you next year in competition?
I learned to believe in myself and not to get so worked up because my "body already knows how to run," one of the trainers, Alex, told me. Also, the sports therapist told me not to think about what other competitors are doing because I know what I need to do in order to perform well.

Describe your World Youth Trip in one word:
Blessing. 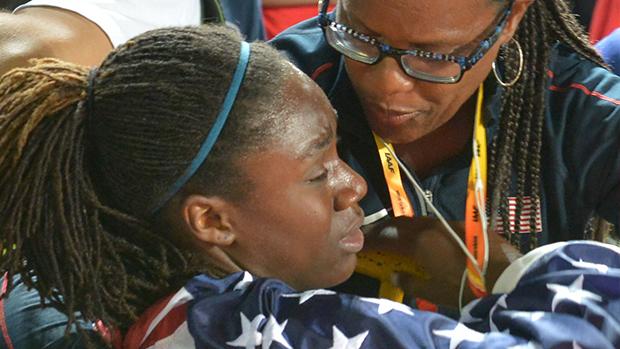