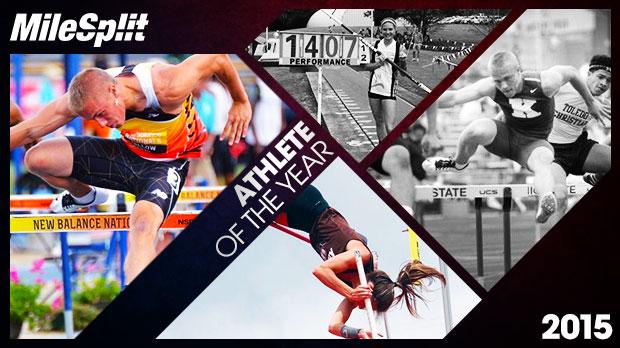 The fan votes are tallied and MileSplit National is pleased to award the designation of 2015 MileSplit Girls and Boys Outdoor Track & Field Athletes of the Year to Lexi Weeks of Cabot, Ark. and Chad Zallow of JFK-Warren, Ohio.

Weeks is the National High School Record holder in the Pole Vault. She cleared 14 feet, 7.5 inches to win the Fourth of July Freedom Vault and break the prior outdoor track and field record by half an inch.

Notably, Weeks is one half of pole vaulting's most fearsome sibling duo. She was formerly also the national record holder for indoor pole vault (14-3.25) before her sister, Tori, broke the mark with her 14-4 personal best. Lexi won the Arkansas Meet of Champions, Arkansas Class 7A State Championship and the Arkansas State Heptathlon Championship, while Tori won top honors at the Great Southwest Classic and New Balance Nationals Outdoor. 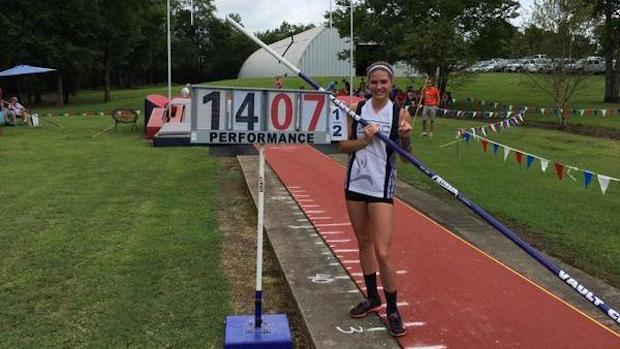 
But in her final high school vault, Lexi got her groove back to graduate with her name in the record books. The twins will join the prior national record holder for indoor and outdoor, Desiree Freier, next year at the University of Arkansas.

Zallow capped an outstanding senior season with his first national title, winning the 110m hurdles at New Balance Nationals in 13.19 (+3.8). That time ranks within the U.S. All-Time Top 10 wind-aided marks.

He placed runner-up to Grant Holloway of Grassfield, Va. in the 60m hurdles at the 2015 New Balance Nationals Indoor, as both athletes ran 7.59. Holloway was given the nod with reference to the finish line cameras, 7.585 to 7.589. Their times rank No. 2 and No. 3 on the U.S. All-Time List.