#1. Sydney McLaughlin Only .08 Away Now From National Record 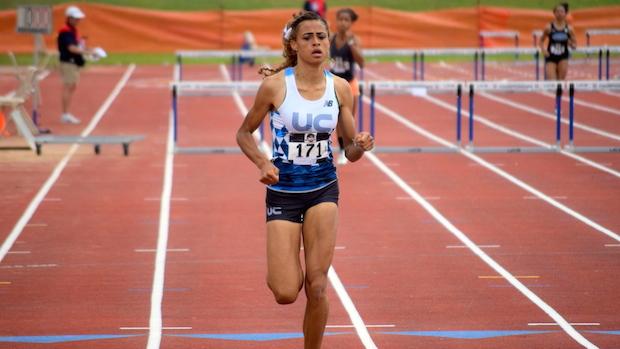 It seems like Sydney McLaughlin has been US #2 all-time forever in the 400 meter hurdles, but she really has since she ran her 55.63 personal best last July in a runner-up finish at the US Junior Nationals to NCAA champion Shamier Little of Texas A&M. She rose so quickly on the high school all-time list as a freshmen, it has been tough to move up further.

While she has turned in an exceptional outdoor sophomore season, the hurdler from Union Catholic High School in New Jersey had yet to beat her freshmen year best from last July at Hayward Field in her top event in the 400 meter hurdles. An injury after winning the New Balance Nationals Indoor 60 meter hurdles title was a major reason for her slower and late start the outdoor season. 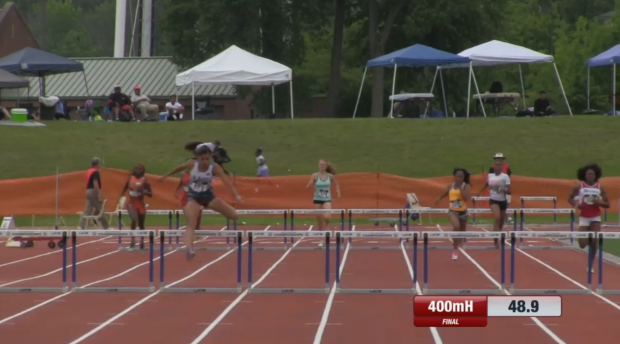 McLaughlin started dropping her times over the last month including her first sub 56 second time of the season in successfully repeating as the New Balance Nationals Outdoor 400 meter hurdles title in 55.87. Two weeks later at the World Youth Trials, the U.S. high school national freshmen and sophomore class record holder in the 400 meter hurdles, would finally take down her freshmen year personal best in the finals on Wednesday. She would almost take down a bigger goal time for her to beat.

55.20 is the national record in the girls 400 meter hurdles. The record time was set way back in 1984 by Leslie Maxie from Mills High School in Milbrae, California. On the final day of the World Youth Trials in the year 2015, McLaughlin came within eight hundredths of a second of breaking a 31 year old U.S. high school national record. The 3-time New Balance Nationals champion recorded a new personal best time of 55.28 to improve upon her US #2 all-time personal best performance and qualify for her first World championships. 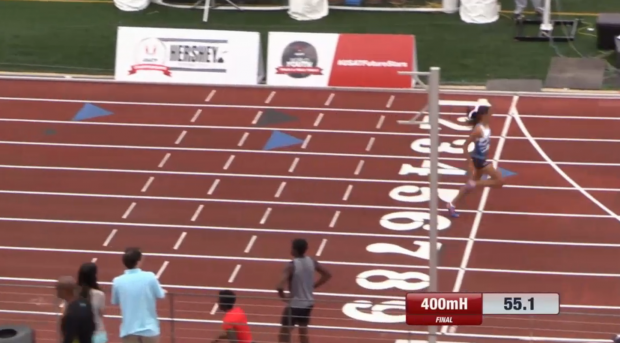 After her breakthrough time in Illinois, McLaughlin now turns her attention to the 2015 World Youth Championships in two weeks in Cali, Colombia. She will be a favorite to win gold in the 400 meter hurdles, while also will have another crack at Maxie's national record time.

#4. US #4 Times Thrown Down By Sammy Watson & Symone Mason

#1. Sydney McLaughlin Only .08 Away Now From National Record