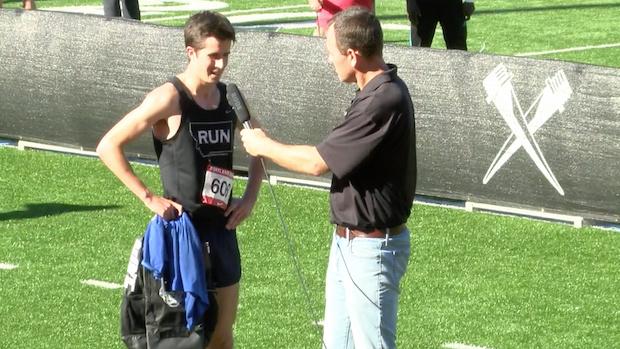 
The adidas Dream Mile was far from the only fast four-lap race this weekend, as West Coast stars competed well in mixed fields at the Portland Track Festival in Oregon.


Paul Ryan won the High School Boys Invitational Mile in an eight-second personal record of 4:06.21 to rank U.S. No. 8 this year.


A pacer led the High School Boys Invitational Mile through 400m in 63 seconds, before Levi Thomet of Kodiak, Alaska ratcheted the pace down to split 2:05 through 800m. Thomet, a multiple-time All-American, kept control of the pace as Justin Janke of North Central, Washington and Paul Ryan of Lobos, Idaho separated themselves to form the lead group.

But not all top preps raced in the Mile. John Dressel of Spokane, Wash. raced in Heat 4 of the Men's 1500m.

"Last year, I was a little intimidated with all the pros here," he said. "This is my third year... you just kind of have to be open-minded towards [having pros here] and be thankful you have guys who can push you."

A pacer and Leah Rosenfeld held an early lead by about 10-meters at points, clicking off about 70-second laps. With 3:14 on the clock at the bell lap, the chase pack made contact with the former Syracuse runner. Junior Donaghu and freshman Hill put themselves in contention as Donaghu made her move into the lead with 250 meters remaining. She held on to win the heat and finish 20th overall in 4:20.71, which converts to 4:41.49 for the full mile. Hill ran 4:22.34, while Scholl ran 4:27.5.

That time is on par for Donaghu, who ran 4:41.66 for sixth at the Prefontaine Classic. She and Hill will race again this weekend at the Brooks PR Invitational Mile, along with top finishers from the adidas Dream Mile.