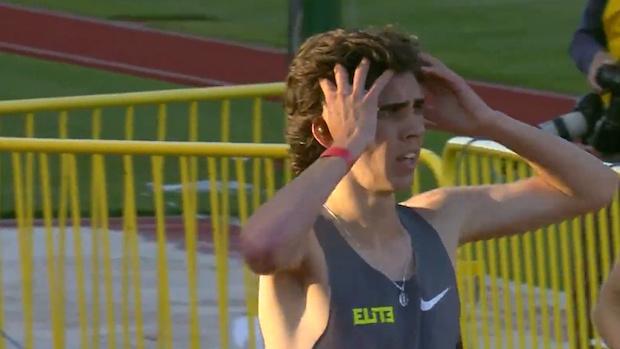 Matthew Maton is the sixth high school runner in history to break four minutes in the mile.

Summit, Ore. senior Matthew Maton, who became the third-fastest prep miler in history with his 3:59.38 performance two weeks ago, will adjust his spring racing schedule due to lingering soreness in his Achilles.

Maton will not race the mile at the Prefontaine Classic as originally planned. That race is next Friday, May 29 at the University of Oregon.

The future Duck is a confirmed entrant to the adidas Dream Mile, to be held on Saturday, June 13 as part of the adidas Grand Prix.

He also plans to race the USATF Junior National Championship in the 1500m, if possible.

Maton said he felt a slight pain before his sub-four minute mile at the Oregon Twilight.

"But it hurt a lot the day after," he said. "Just [doing] easy runs, trying to get better. I tried one workout a couple days ago and it just made it a whole lot worse."

Achilles tendon issues can be recurrent, but Maton says he has not suffered pain in that area before.