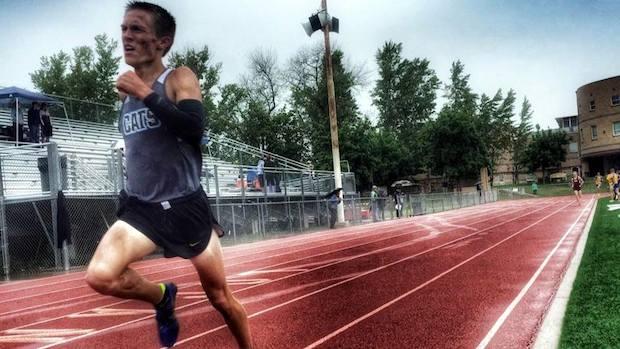 Conner Mantz has very little time to get a lot done over the next few short months. Later this summer, Mantz heads off to the African nation of Ghana to serve a mission for two years for the Church of Jesus Christ of Latter-Day Saints. He has some fast personal records he would like to hit and top post-season meets that he would also like to qualify for before he spends two years in a situation where time to run for the normal high mileage high school long distance star from Smithfield, Utah will be at a premium. 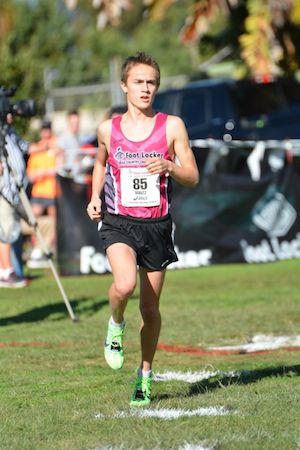 Mantz, who recently officially signed with Brigham Young University, heads into his final Utah State Track Meet this weekend at his future home college track in Provo. A three-time state champ, Mantz will be attempting the same triple as he did a year ago when he won the 4A boys 3200 and 1600 meter titles along with a 1:56 personal best run in the 800.

"I'm excited because I feel fit and ready to go after some fast times," said Mantz.

Last year, the three-time Foot Locker finalist ran his 1600 meter PR of 4:10 as well another impressive time at altitude of 8:57 in the 3200 at the Utah State Championships. That set him up well for the post-season in receiving invitations to the adidas Dream Mile and Brooks PR Invite 2 mile which both all-expense paid for trips he paid back with lifetime bests of 4:07 in the mile and 8:56 in the two mile. This weekend's weather forecast doesn't look as hospitable for fast times, but Mantz is looking forward to it.

"It's going to have some pretty rough weather, but I like running in the rain," he said. "It makes it more fun."

The two main things on Mantz's mind this weekend? The state records and a state team title.

Mantz may have even a fourth race in the cards as well this weekend.

"I'm planning on the trying the triple (3200/1600/800) again this year, but I may also be put in the medley relay for finals depending on how things go with the team. My goal is first to help my team as much as possible because we have a good chance at winning the title."

It's been a very condensed track season for Mantz up until this point as just over a month ago, he was returning from China after competing for Team USA in the junior race at the World Cross Country Championships. Mantz had earned the spot on the team by winning the junior race at the U.S. Cross Country Championships back in February in Boulder, Colorado.