Watch the trailer for MileSplit's upcoming ON THE RISE series feature on Anna Rohrer. A two-time Foot Locker Nationals champ (2012 & 2014), Rohrer's journey and time between both national titles was one filled with great adversity and devastating injuries to overcome. At one point before a major surgery as a junior, doctors gave her a 60% chance of running again. One year later, she was celebrating her second Foot Locker Nationals title at Balboa Park in San Diego.

The senior from the small town of Mishawaka, Indiana has experienced incredible highs and lows of being one of the best high school distance runners in the country over the past few years. As a result of her setbacks, Rohrer has become an even stronger individual and battle-tested athlete entering her final months of high school running before embarking on a collegiate career staying close to home at nearby Notre Dame.

Rohrer is the second featured athlete as part of MileSplit's premium video series ON THE RISE. Want an idea of what may come in the next full two episodes on Anna Rohrer? Watch ON THE RISE: Allie Ostrander.

WATCH EPISODE 1 of ON THE RISE: ANNA ROHRER

ON THE RISE: ANNA ROHRER 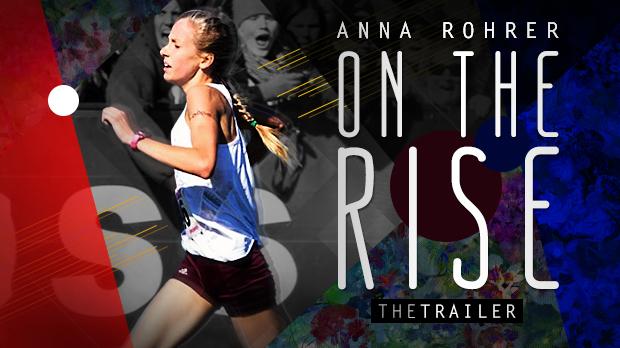 Episode 1 debuts on Wednesday, May 20th

Episode 2 releases on Wednesday, May 27th