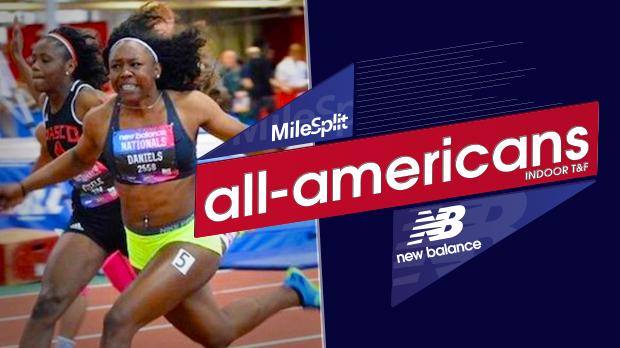 Kaylin Whitney may have went pro and left the high school, but the state of Florida can still boast having the fastest sprinter in the country with Teahna Daniels from Orlando. Despite having a limited indoor season of meets, Daniels made the best out of every race opportunity running US #1's at the time in her 55 meter dash race at the Jimmy Carnes Meet with a 6.93 clocking in January as well as a 7.39 win in the 60 dash at the David Oliver Classic in early February. Daniels asserted herself as the top sprinter in the country for both short sprints in one race at the New Balance Nationals Indoor by claiming her first national title with a 7.33 win in the 60 dash along with a 6.82 en route time for the 55 meter dash. Both US #1's for the winter from the University of Texas recruit.


Back to 2015 MileSplit All-American Team presented by New Balance