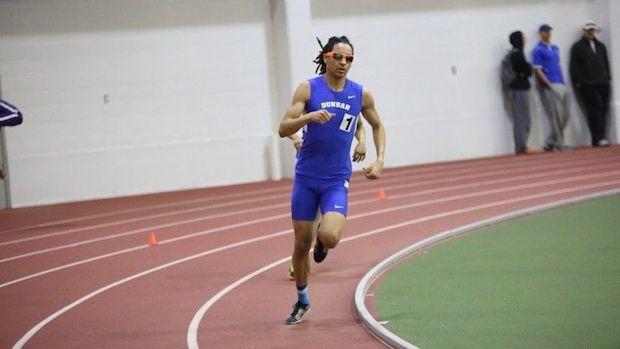 The 60-meter hurdles has belonged to Chad Zallow of Warren-JFK all season long and Saturday was no different as the senior defended his state title in a US #3 All-Time mark of 7.62.

Less than 10 minutes later, Zallow returned to the track to take the 60-meter dash title in 6.90.

"I didn't get that much recovery, but I can't complain," he said. "I'm healthy and ran a fast time today and thats all I can ask for."

In the D1 standings, US #2 Andy Isabella captured his first state title with a 6.80 run.

Notre Dame commit Annie Heffernan won the Girls D1 3,200m in 10:45.37. The victory marked just her second race back after ending the cross country season with an injury.

"I was running out in the open and usually I run with a type of a ghost thing on my back that tells me to push up the pace," Bell said, "but this race I just didn't feel it on my legs. I wasn't even tired at the end, usually I'm huffing and puffing. 1:53, I say it was at jogging pace, there ain't no competition."

Bell's mark just missed the D1 State Record. He will race the half mile at New Balance Indoor Nationals next weekend, where he hopes to go 1:50.

She is the only female to throw farther than 60 feet this year. 44-4.75 was her winning Shot Put mark.

The biggest surprise on Saturday may have come from freshman Abby Steiner, who took home gold medals in both the 60m at 7.55 and the 200m at 24.80.

"I was really tired at the end but it felt really god to run," Steiner said after completing the double. "I was really nervous [in the 200m] because I knew I was running against really good competition, so I knew I had to kick it in another gear."