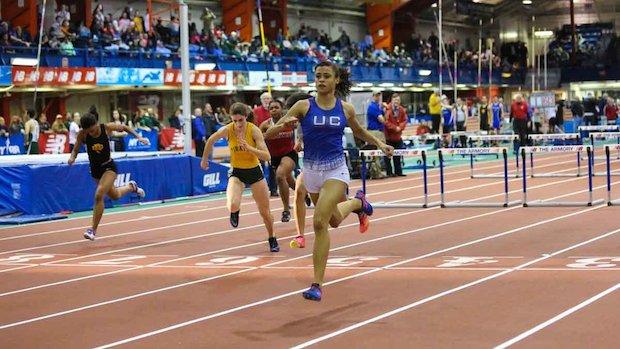 Union Catholic (NJ) sophomore Sydney McLaughlin shook up the night right out of the gate in the 55-meter hurdles with a 7.66 meet record race, which also ranks her as the US #5 all-time performer indoors in the event as well as the New Jersey State Record holder. She was also entered in the open 400m and the long jump, but did compete in either.

Meanwhile, Brenessa Thompson of Medgar Evers College Prep (NY) regained her spot on the national leaderboard tying the US #1 time in the 55 meter dash with a 6.93 clocking in the finals. Thompson ran a leg on the winning Medgar Evers 4x200 as well in 1:40.22 total time. 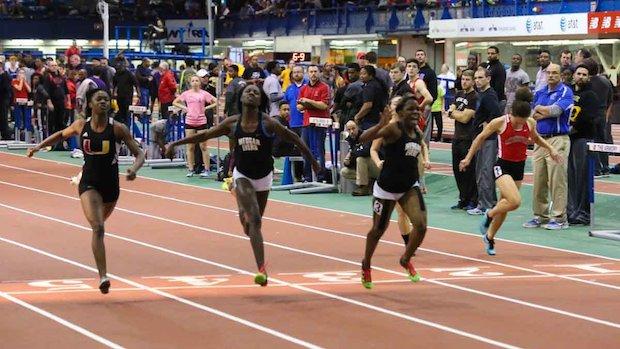 Nearly a third new US #1 came in the girls DMR from the West Windsor Plainsboro South (NJ) girls challenging sub 12 minutes in the distance medley relay with their 7 second margin of victory in a US #2 performance of 12:01.87. Good thing for their squad to have a buffer going into the anchor leg with Anna Flynn splitting 4:53 on the 1600 meter leg for the runner-up squad from Ursuline School (NY) in 12:08.

Jessica Molina (Westwood, NJ) entered the meet tied at US #5 with Alyssa Wilson (Donovan Catholic, NJ) in the Shot Put and left at US #4 48-10. 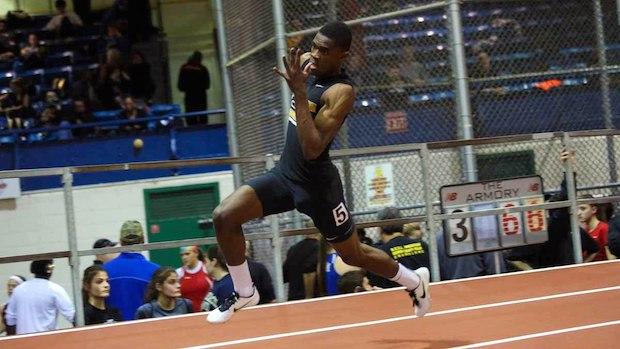 Several top athletes scheduled to compete who did not show were Catherine Pagano of Northern Highlands, NJ, the top-seeded runner in the 800m and Mile; the Newburgh Free Academy, featuring the US #1 4x200m relay; Bella Burda, US #2 in the 3k; among others.