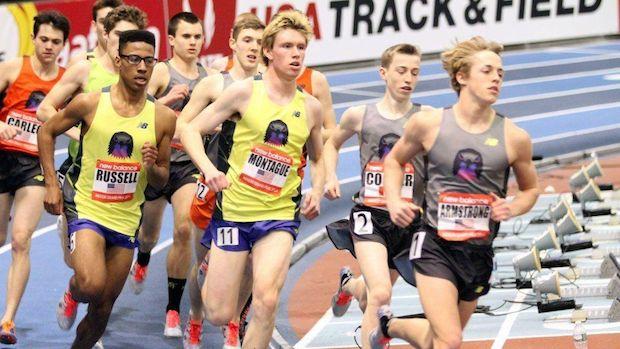 Tony Russell won the 2014 New Balance Grand Prix Junior Boys' Mile race in 4:11. Who will step up to the plate in 2015? Several stars have run 4:10 or faster already this season.

The New Balance Indoor Grand Prix elite high school mile could be the season's hottest indoor distance race outside of the national championship. The Junior Girls' Mile kicks off at 5:33 p.m. ET and the Junior Boys' Mile starts at 5:49 p.m. ET at the Reggie Lewis Center in Boston, Mass. MileSplit will report from the event with post-race video interviews and analysis, but for now - who ya got?! Check out the stats and get pumped for the biggest mile of the year so far. Vote in the poll & comment below with your predictions for the winning time!