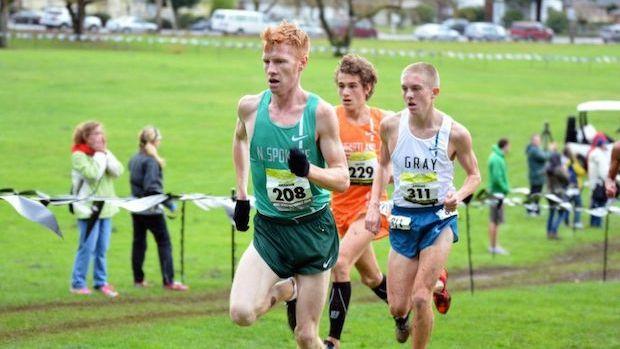 Anderson won the national cross country championship wire-to-wire in 15:11 for 5k at Glendoveer Golf Course in Portland, Ore. on Saturday, Dec. 6. He also clocked the fastest 5k time in state history in defending his WIAA State Championship title in 14:31.7.

Other schools on his radar were the University of Washington and Wisconsin. His former high school teammate Kai Wilmot, the 2013 NXN Champion and course record holder at 15:00, competes for the Badger.

The Ducks gain a true team player in adding the Spokane, Wa. native to their roster.

Anderson forewent the chance to compete at Foot Locker Nationals in order to race NXN with his teammates. The team landed a surprise podium finish, scoring 178 points for third overall.

"Foot Locker would have been a face-off of a lifetime," he said. "But my team will always come first and I'll stand by them always. [Placing third] was everything for my team and [it was great] to be able to step up on the podium that day after overcoming so much throughout the season."

The Ducks finished in sixth place at the 2014 NCAA DI XC Championships with 221 points in Terre Haute, Ind.

"I'd love to help Oregon win an NCAA title," he said. "It means so much to me to be able to be a part of a program that has such a history and such an amazing group of guys."