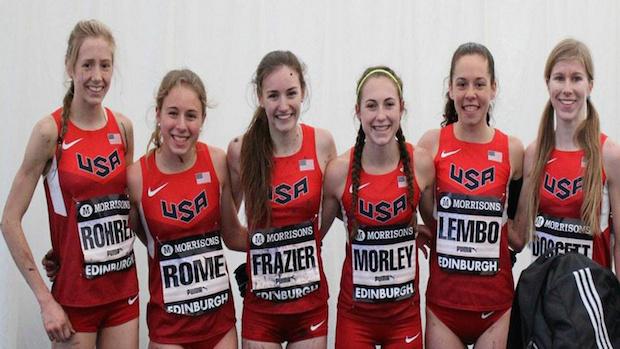 Race day was definitely the best day in Scotland. My race wasn't too early, so it was nice to be able to sleep in a little bit and eat a good breakfast. When we walked to the course from the hotel, there were other races going on and it was about 40 degrees and sunny. A few minutes later, it started to rain and sleet. The weather was constantly fluctuating while we were there. Luckily, the sun came out for my race! The course was insanely muddy from all the rainfall and the other races. There was a thin, slippery layer over the entire park, but on the actual course we ran on, the mud was at least six inches deep. Also, there were cold puddles, strong winds, and a creek we jumped over twice. I loved it! It was different from any race I've ever run. My spikes, trainers, and uniform were completely covered in mud. I didn't execute my race plan as well as I should have, but I really enjoyed my experience.

It began to snow right after I cooled down on a beautiful trail up Arthur's Seat. Ryen, Makena, Mary-Grace, and I hiked up a hill to watch the Senior women's race. We got some great pictures, but it was so cold! After everyone showered and tried to warm up, some of the junior runners went into town to look for souvenirs. Unfortunately, we didn't get all that we wanted before the shops closed at 6 p.m. After dinner, there was a trivia game with all the runners, coaches, and race directors that wanted to participate. Ryen and I were on a team with some Scottish men, two Kenyans, another American, and a few other men from Great Britain and Europe. It was a lot of fun to learn about their different customs and to put the knowledge of our different countries together.

My trip to Scotland was definitely an unforgettable experience. I really loved it and I was so blessed to be able to be a member of Team USA. Everyone I met was very talented and kind, especially the coaches. I also enjoyed getting to know the junior team because I will be seeing them at a lot of races in the future. Hopefully I will earn another chance to wear the team USA jersey again soon :) 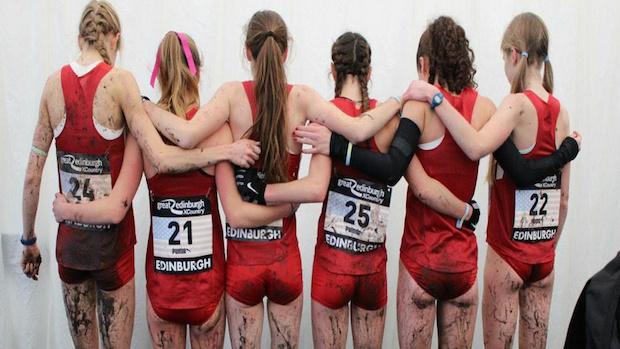 Team USA did not let snowy, muddy conditions stop them from defeating Great Britain and Europe to win the team title in the Junior Women's race.