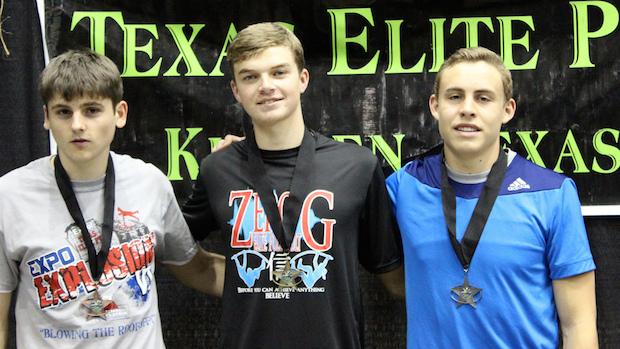 Brandon Bray and Paulo Benavides are already at the top of the 2015 leaderboard with 17-3 clearances at the Pole Vault Explosion VI.

Texas may not have a formal indoor track season, but that hasn't stopped Brandon Bray (China Spring, TX) and Paulo Benavides (El Paso Franklin, TX) from snagging the national lead with 17-3 clearances at the Pole Vault Explosion VI in Belton (1/3). The duo are two of the nation's top returners from New Balance Outdoor Nationals, as Benavides, a Kansas signee, and Bray, a Texas Tech commit, finished third and fourth, respectively, at the championship.

Neither traveled to NBN Indoors last year, but senior year is the time to make an effort when national accolades are within reach. Benavides is also the No. 3 indoor returner based on height, while Bray is No. 6.

The top returner from NBN Indoors is none other than Derek DiBona (Warwick, NY), who stole the final All-American spot last season with a 15-4.25 clearance, though a sub-par day at NBN Outdoors saw him tie for 11th overall with a 14-8.25 mark. The senior U-Conn commit snagged the 2015 national lead with a personal record 16-foot clearance in December, which has since slid to tie for US #4. He is the US #6 returner based on height.

Filling out the top five indoor returners based on height are Texans Antonio Ruiz (16-3) and Jacob Wooten (16-0). 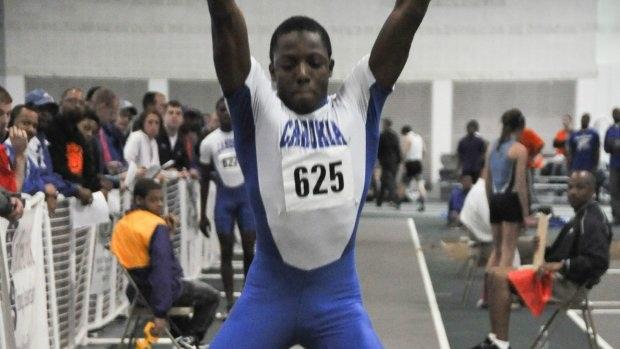 Pre-season leader Ja'Mari Ward (IL) has the target on his back in the long and triple jumps this year.

Ja'Mari Ward (Cahokia, IL) headlines the list of national-level triple jumpers for 2015 as the only returning NBN Indoor All-American. He finished seventh overall (48-7.5) at the championship and is the only returnee who jumped farther than 50 feet last season. He cleared 50-2.5, to be exact. Ward also owns the top returning mark from outdoors with his 50-6.5 clearance at the Winston Brown Invitational (4/26).

However, two athletes have already cleared the 50 foot mark this season. VA’s Marcellus Fletcher (50-1.75) and NY’s Jared Lovelace (50-0.5) top the national leaderboard. Lovelace is the No. 2 returnee (48-1.75) from 2014, while Fletcher is No. 5 (47-5). With both athletes demolishing their best marks in the early part of the year, the ceiling looks to be limitless at the moment.

DaJuan Seward (Brunswick, VA) is the No. 3 indoor returnee based on mark (47-9.75) and the top returnee from NBN Outdoors, where he finished fourth (48-2) behind three graduating seniors. Other returning Outdoor All-Americans include Tristin James (West Salem, OR), who finished seventh in 47-5, and Fletcher, who grabbed the last All-American spot in eighth (47-3).

Myles Hartsfield (Sayreville, NJ) has not appeared at an NBN event since 2013, but he got on a roll during the spring with a 50-1.5 personal best. Kerwin Roach (Galena Park Northshore, TX) and C.J. Alumbres (Vista Murrieta, CA) are also 50-foot-plus performers to keep an eye on, but do not typically compete indoors.

Ward also enters 2015 with the top returning mark in the indoor long jump (23-11.5) and second-best mark outdoors (25-6.75) but he did not participate in post-season competitions last season.

But the sole returning Indoor All-American in the boys long jump is Harrison Schrage (Grant, OR), who placed fifth overall (23-5.25) as a sophomore last season. His best jump of the season, however, came at the New Balance Boise Invitational (1/24), where he cleared 23-6.75. The only preps ahead of him on the returning descending order list are Ward (23-11.5) and Isaiah Brooks (23-9.25) 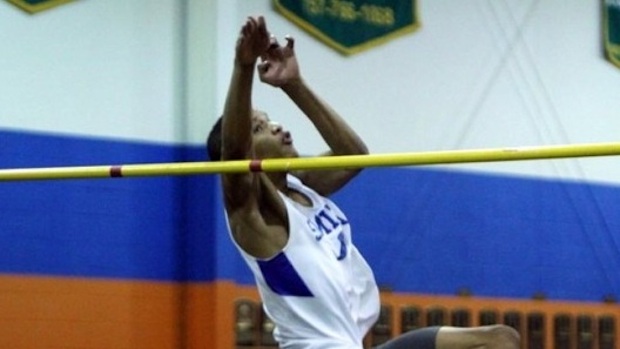 Virginians lead the charge in the boys’ high jump, as Grant Holloway (Grassfield) and Bradley Jones (Oscar Smith) return to the indoor season with nation-leading marks of 6-10. With a 7-1 outdoor clearance, Holloway — still just a junior this year —  is also tied for outdoor top returner with Blaine Listach (Waco Meyer, TX).

Jones is the one who snagged runner-up honors at NBN Outdoors. The top four finishers all cleared 6-9, including fellow senior Cody Stemple of Michigan, who was fourth overall. 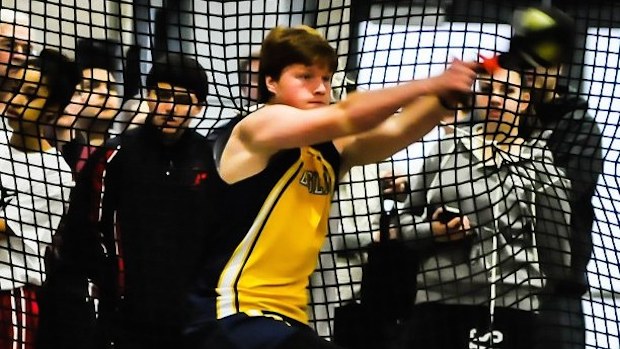 Can anyone stop Adam Kelly in the weight throw this year?

The weight throw is all about Adam Kelly (Barrington, RI). The defending NBN Indoor Champion (77-9.25) also owns the top returning mark by more than feet — 79-1.25, compared to the 74-10.5 throw by No. 2 returnee Kenneth Brinson (Marist, GA). Brinson is also the second top returner from NBN with a fourth place overall finish.

Kelly’s not the only stud at his high school. Teammate Bobby Colantonio (Barrington, RI) posted a season-best of 72-6.25 at the Weightarama (3/9) for a runner-up finish behind none other than — who else? — Kelly. 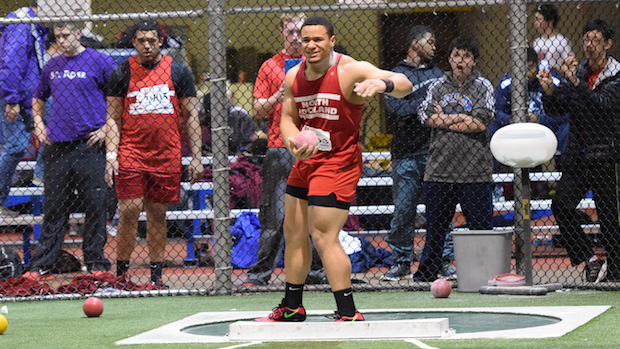 With Benjamin Bonhurst graduated, Eric Favors is ready to take New York - and the nation - by storm.

The top five finishers from NBN Indoors in the shot put all graduated, leaving Eric Favors (North Rockland, NY) with a narrow lead on a crowd of throwers eager to wear the next crown. Favors placed sixth (60-8.5) last year at the championship, with an indoor personal best of 63-0.5 thrown en route to a runner-up finish at the New York State Championship. The senior is also the top outdoor returner with his 65-5.25 throw for another runner-up finish at the NY State meet.

Favors may not have his own state title yet — that’s what happens when you compete against two-time National champion Benjamin Bonhurst, now at Florida State — but he did grab third place, 65-1.5 at NBN Outdoors. His season-best 65-5.25 mark is the top returning outdoor throw.

Can anyone topple what looks to be another New York dynasty in the shot put?