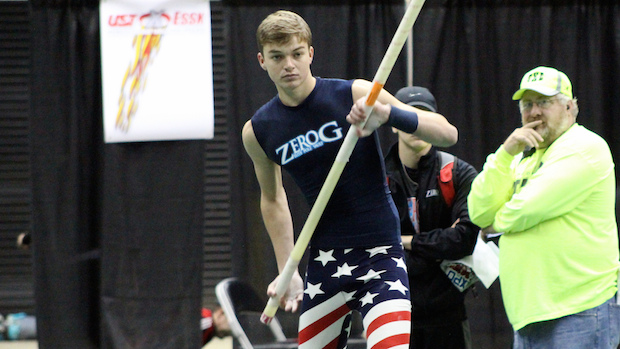 It was a big weekend in the high school pole vault nationally after a quiet indoor season so far and having two all-time greats and 2014 World Junior Championship contenders graduate in Desiree Freier and Devin King. In Arkansas, the Weeks twins Lexi and Tori both cleared US #1 heights of 14'0.25" to be the first 14 footers of the season for girls in the United States.

Meanwhile, down in Texas, Brandon Bray and Paulo Benavides dueled it out in the elite high school boys competition at the Pole Vault Explosion VI in Belton to elevate each other to US #1 clearances of 17'3" each. Bray had less earlier misses than Benavides to be given the win on the tiebreaker.

Bray, a senior at China Spring High School, was considered as one of the top returning vaulters in the country after setting a personal best height of 17'8.50" outdoors in claiming the Texas 3A state title, but had a disappointing 4th place finish at the New Balance Nationals a month later. Bray is looking to claim his first national title this year and flirt with a 18 foot clearance as well. 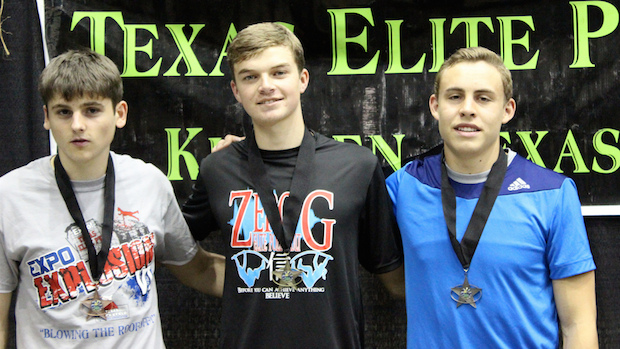 Benavides is the returning Texas 5A state champion and finished well in the post-season last spring as well with a third place finish ahead of Bray at the New Balance Nationals then just missing earning a spot on the World Junior team for the United States with a 4th place finish at the US Junior Nationals. His 17'2.75" clearance at the US Junior Nationals at Hayward Field last summer had been his personal best prior to his performance on Saturday indoors.

Winning the elite high school girls competition at the high school explosion was Colleen Clancy of Smithson Valley High School from New Braunfels, Texas at a height of 12'3". The sophomore edged out Zoe McKinley, a senior at Grapevine High School (TX), who also cleared 12'3", but had earlier misses to force her to settle for runner-up against Clancy.