There are no X’s and O’s in cross country.

However, several Foot Locker National Finalists have the X’s and Y’s – running genetics, if you will – on their side heading into today’s 3.1-mile test for the nation’s top distance talent. Wisconsin standouts Amy Davis and Olin Hacker and Virginia’s Andrew Hunter have progressed to the national stage, thanks in part to the running wisdom and bloodlines of their parents. 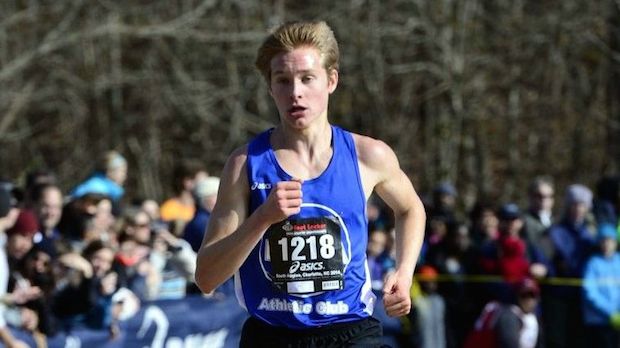 In the late 1970s, Marc Hunter helped thrust Cleveland State into the national running discussion, joining future Ohio coaching legend Ted Rupe on the Vikings’ roster. The 1977 NCAA cross country championship was won by the great Henry Rono and dominated by foreign-born stars, but Hunter kick-started a running career that saw him represent the U.S. three times on the world stage by being the first American in fourth and beating the likes of Thom Hunt, Henry Marsh and Alberto Salazar.

At first, it didn’t look like Andrew Hunter would follow his parents – mom Joan has a pair of Virginia 800-meter run titles and a carload of national masters track championships – into the running business. A youth track club experience did not win over the then 9-year-old.

“He absolutely hated it,” Marc Hunter said of that introduction. “He said, ‘Mom, Dad, I really don’t want to do this. It’s too hard. It’s too boring,’ and we said that’s fine. This club is not just for you. It’s for the other kids in the community.”

Years of football, baseball and basketball followed before the now junior and Foot Locker South Region champion decided to give running another go as a 14-year-old freshman. After just one cross country trial, he was a varsity athlete.

“Little did we know it would turn into this,” said Marc Hunter, who also coached American mile record holder Alan Webb early in his high school career. “Being his co-coaches and his parents, we never thought that we would get this far. We had no idea he would be that good.”

A running resume that already includes Virginia state championships in track and cross country and a Penn Relays title could take another leap forward for Andrew Hunter with a fast finish in the field of 40 in San Diego. 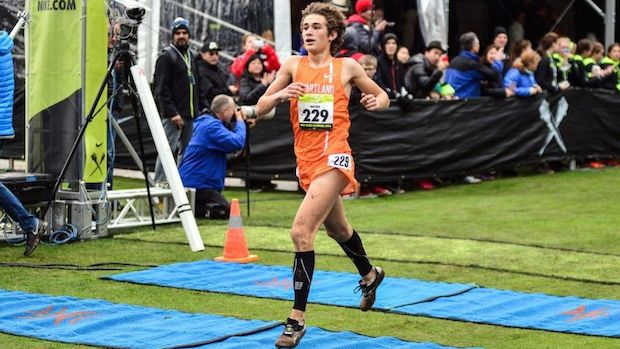 For Tim Hacker, a trip to Balboa Park takes him back to 1979 and 1980 when he was a top 10 finisher in the first two years of the race that was known then as the Kinney Cross Country Championships National Finals.

“I didn’t know that running could get you anywhere,” Hacker said in turning back the clock and comparing it to the lucrative opportunities available in football and other sports. “And all of a sudden here somebody is paying my way at this beautiful place to run this meet and give me all kinds of swag. And I was like this is really cool. And not too long after that, I got a scholarship to pay for my school.”

The years that followed for one of Wisconsin’s famous running family brought NCAA and U.S. cross country titles and national championships in the 1,500 and 5,000 on the track. Their father’s journeys were unknown in many ways to Tim Hacker’s three sons while he took a varied approach to leading them into the sport.

“For my older sons, I was a little bit of both, (hands on and off),” he said. “I wanted them to run, but I didn’t want to push them into it either because running is too hard. If you don’t love it, you’re not going to do it.

“Olin saw himself as a runner at a very young age. He loved to run. He didn’t walk anywhere. He liked to move.”

The younger Hacker has been on the march this year, most recently with his runner-up finish at last week’s NXN final in Portland and previously several state harrier titles. And his dad has continued to be involved.

“(Olin’s coach Tom Kaufman) took care of the day of the day, the details, and I talked about the big picture stuff,” Tim Hacker said. “We sort of laugh as our dinner table conversations often moved to strategy, big picture, overall kinds of things, that’s what I took care of through the ages of helping these guys.

“(Olin and I) haven’t talked a lot lately because he’s been so busy with the travel last week and this week. In general, he’s taken away from my conversations forever. This is no different than any other meet, and he’s got to come into these meets hungry without getting overwhelmed.” 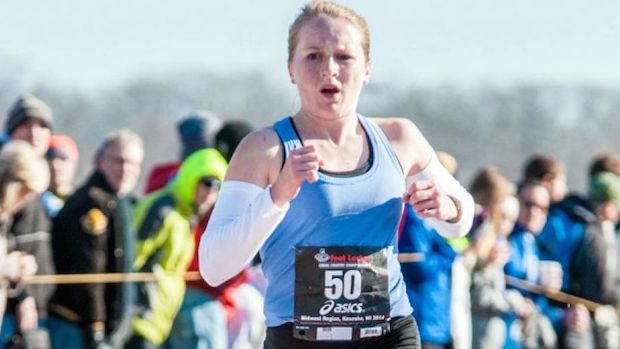 Nan (Doak) Davis traveled the world as one of America’s best distance runners in the 1980s, and she and her husband Bruce (an Olympic silver medalist in wrestling) are looking forward to the opportunities that lie ahead for their daughter Amy, who earned a spot in San Diego with a ninth in the Midwest.

“I think the thing that both of us have given Amy in all this is being your best and being the best on the day you can be your best and that these are the opportunities that we want her to take and learn from because not many people get to have these opportunities,” Nan Davis said. “You are going to have great races, you are going to have bad races but learn from all of your races and just move forward.”

Like Marc Hunter and Tim Hacker, Nan Davis played a role in her daughter’s introduction to running.

“I always wanted to be just the mom, and it slowly evolved that I did get my hands in it in some ways,” said the six-time All-American at Iowa who started a junior high program at Amy’s school that was the springboard to her daughter’s success. “The whole process was ‘OK, I might be involved when you are a freshman but very little. Now when you are a senior, like here, she doesn’t ask me for racing strategy.”

The system has worked well thus far for the Madison Edgewood standout. State championships in the 1,600 and 3,200 on the track preceded a cross country state title and a berth in the Foot Locker final.

“We built a mentoring team,” Nan Davis said. “I say it has taken a village to get Amy to here, and it’s going to take another village to get her to the next level. We want her to be put near great people, quality people, people with integrity and so that she can blossom as a human being just as much as a runner.”

(Starting 8 AM PST on Saturday)