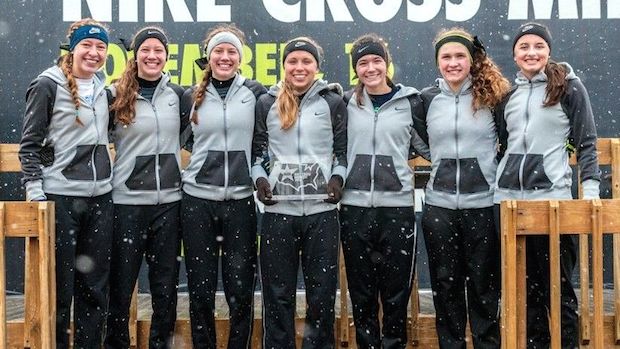 When it comes to cross country, coaches can’t preach it enough the effectiveness of pack running. The smaller the gap between your top runner and your remaining varsity members, the better the chance at winning. It’s that easy.

It’s also something the girls at Carmel High of Indiana have simply perfected this season.

With a gap of slightly more than 36 seconds between their No. 1 and No. 5 runners, the Greyhounds captured the Nike Cross Nationals (NXN) Midwest Regionals on Nov. 16 at the LaVern Gibson Championship XC Course, defeating runner-up Naperville North of Illinois by 10 points.

The victory marked their fifth straight berth to the NXN Finals, to be held in Portland, Oregon on Dec. 6. Fifteen days before Nike, Carmel copped its fifth consecutive state title.

In that race, the gap was an incredible 21 seconds!

“The gap for our top five is consistently under 30 seconds,” said head coach Mark Ellington. “When it comes to training and workouts, they just always had that mentality of let’s do it together.”

Carmel’s win at the regionals should not come as a shocker. According to MileSplit’s rankings, the Greyhounds are No. 2 in the country. Prior to the regionals, Carmel averaged a crisp 18:25 by its scoring runners in a dominant 69-point win over nationally-ranked Avon (US #19) at its state meet.

Even though he lost three of his top five runners from a year ago, Ellington wasn’t surprised with his team’s effort at the state level. But at the regionals, that’s a different story.

“If you asked me how we would do this summer I was surprised what we did,” he said. “I knew we’d be competitive in the state but didn’t think as strong in the region. I thought we’d be a little mortal. We had some young girls that just stepped up.” 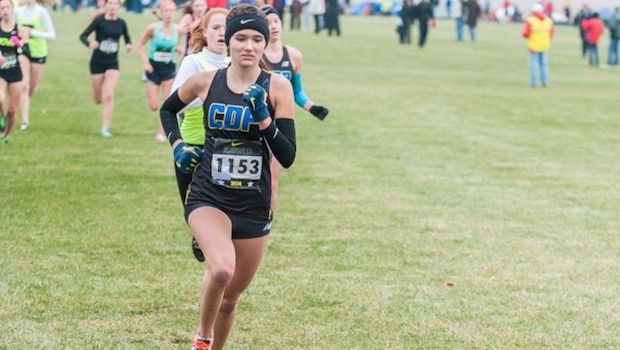 One of those young girls was freshman Maddy Dalton. A young star who captured the middle school state crown last year, Dalton was the first across the line at Nike Midwest where she ran a personal best of 18:03.30. It was the second time this season that she was the top finisher for Carmel

“She was a great talent out of middle school with some great expectations,” Ellington said. “For so many years, she was used to being the first runner. I think sometimes kids that come in with a lot of expectations (get frustrated) when they’re not always the top runner. She had a chance to find it her own way.” 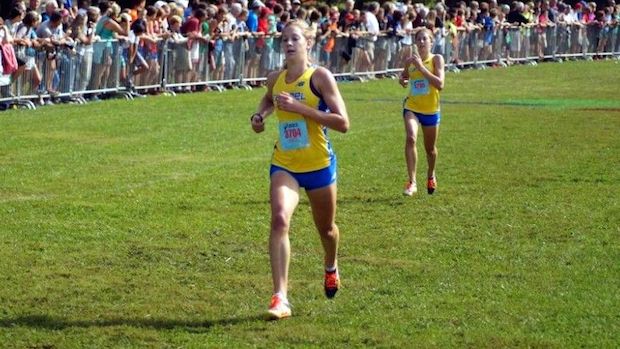 Twin sisters and seniors, Haley and Kelsey Harris, have been on four state and NXN teams during their careers. Kelsey was seventh at the NXN Midwest meet and Haley was 17th overall.

“They have been huge for us,” Ellington said. “They just get it. They work hard. They are committed to it and provide great leadership.”

Junior Megan Kress, the Greyhound’s No. 3 runner at the Nike meet, has been peaking at just the right time.  One harrier that could make a difference at the nationals is junior Stacy Morozov, who has consistently been in the 18:20 range this season.

“I really think she can be a wild card,” Ellington said. “We have seen some solid races from her but I don’t think we have seen THE race. She’ll be a big runner at NXN.” 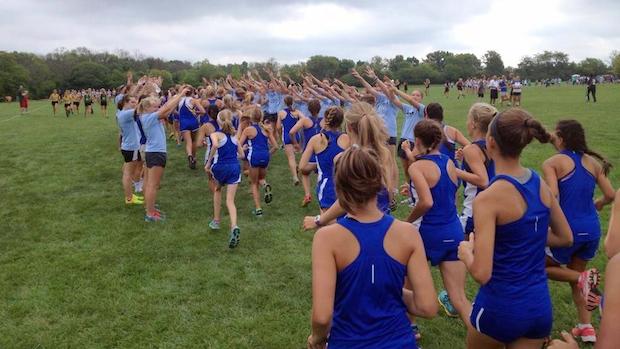 At the nationals, the Carmel coach is hoping to finish high in the team standings, banking on his team’s experience and ability to run as a pack. Patience will also be a key factor.

The Greyhounds had that in their favor at the regionals, which was run on the same challenging course at Indiana State as their state meet. Carmel’s top runners were more than 10 seconds behind the front-runners in the early stages of the race.

The field at NXN will include some of the nation’s best such as Blacksburg (Va.), Great Oaks (Ca.) and possibly Fayetteville Manlius (NY), which is competing in the NXN Northeast Regionals this weekend. With the right kind of race, Ellington is not ruling out his squad’s chance for prosperity.

“I think we have a shot at winning,” he said. “This is going to be a fast field. As long as we can put together a tight race, we can make some noise.”