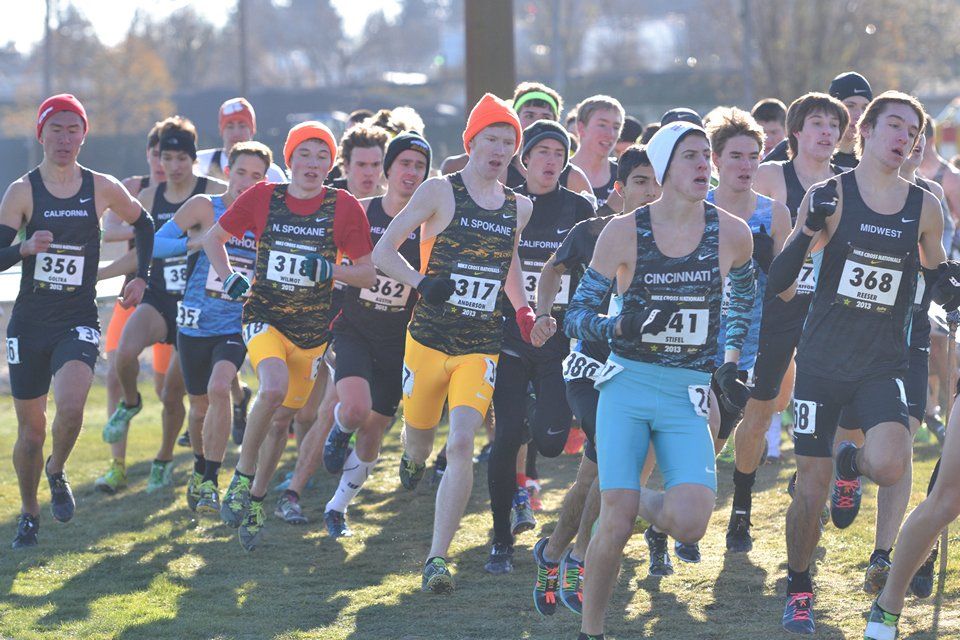 Where are you and North Central at in your training as the post-season is underway?

We're all fit and ready to go. We're at our peaking phase of the season. I think North Central is ready to do some amazing things.

What did this past summer and fall training look like in preparation for your State meet?

Summer training was all about getting in as many 60-70 mile weeks as possible to build a base.
The fall was slowly getting in to intervals and then hitting the prime interval season before key races.

How has training been different for you this fall without having Kai Wilmont (last year’s NXN Champ)?

Not a lot has changed, Kai was always in the pool getting work done and when he could run, he did. Those runs where always great. Over the last year I've learned to workout without Kai. I do miss Kai on the really hard days though, as he was great at motivating the team!

As you look back on last fall you were the Washington State Champ and NXN Northwest Champ in two highly competitive meets. Yet at NXN your teammate Kai wins and at Footlockers fellow Washington runner John Dressel almost gets the win with his 2nd place performance. Despite getting 3rd at NXN, knowing how well you did at States and your NXN Regional, was there any frustration not doing as well at Nationals as those other guys you beat?

Most people would think there would be some frustration, I actually didn't have any after those races. I couldn't have been more happy for Kai winning or for John taking 2nd. I wish the best of luck for John at Footlocker and Kai for his college career.

Bob Firman was your first major test of the XC season racing against two other US top 10 ranked runners in Connor Mantz and Elijah Armstrong. How did Mantz get the best of you and leave you for a 2nd place finish?

Connor had one race plan in his head and it was go and never stop going, and I think that was what did me in on that race. Connor ran smart and fast!

What performance were you most proud of this season?

I would have to say the Richland Invite win and course record was my proudest performance. The course record previously was 14:44 (Kai held that record). The day Kai ran that I didn't think anyone would run faster. 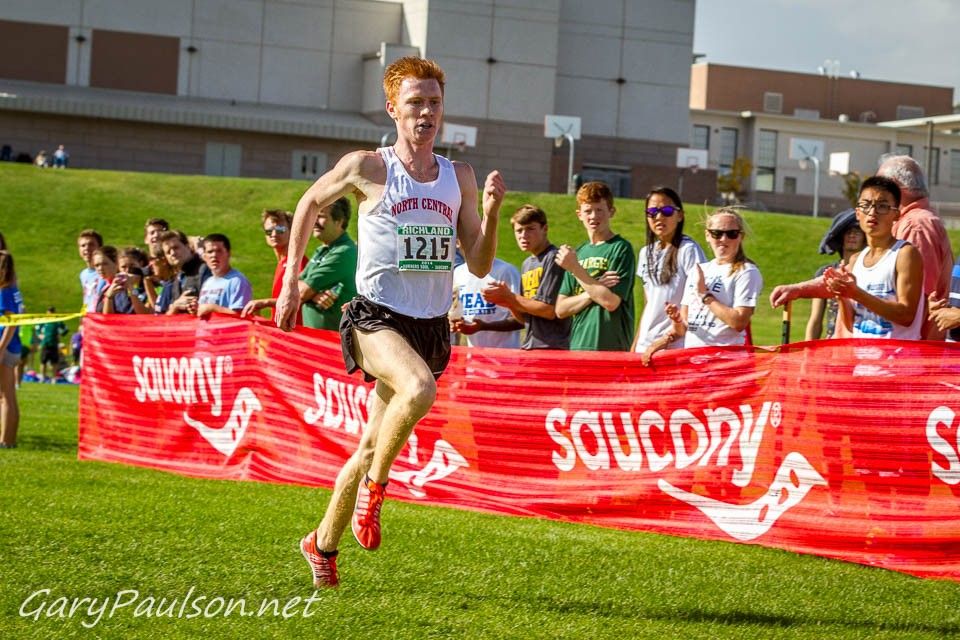 Anderson taking the win in 14:33 at the Richland Invite this fall

Evaluate your performance last weekend against John Dressel in the District meet. How did the race pan out?

I feel that the race went well and John had raced really well that day. I feel that John is ready to do big things.

What’s your mindset as you approach the post-season?

The mind set is to stay relaxed and not over think anything.

What’s the goal for the state meet both individually and as a team?

The goal for me is to give the win a shot. I'm racing one of the best and it won't be easy.
For my team, I would like to win that 9th straight and continue the legacy for the all past runners that put so much work in to being the best they could for the team.

North Central has not been doing as well as some thought, why is that the case? Are you guys worried? What can we expect from North Central the rest of this season?

North Central has not been doing as well because we lost our 4/5th man to a hip injury. Learning from Kai, it's best to take your time coming back. We waited [on running our 4/5th man] to insure that he would be on the starting line this Saturday.
Are we worried? Yeah, we have some fears, but nothing past teams haven't experienced. We'll learn from them and do our best.

Do you feel like you are in the best shape of your life? Why or why not?

I feel that I am in the best shape of my life. Running 14:55 last year at Richland felt hard, [but] running 14:36 and improving that time by so much makes me think I'm in really good shape.

You are the top returner from NXN, do you feel like that increases pressure and puts a target on your back?

Not at all, most the guys look to be doing Footlocker, so I feel like I'm not a target as they focus on the guys racing at Footlocker.

What is your plan for regionals and nationals? Are you shooting to go back to NXN as a team or is there a different plan?

The plan is to run with my team and get us to Nationals. I already turned down the Footlocker option, so I'm all in with my team.

What roll has Kai Wilmont played in your life as a runner and a person? How does he motivate you being a national champion?

Kai as a person is my best friend, and he was the one guy on the team to get me to dream and to believe that I could do amazing things with him.
Kai said to me before he left for college that there is nothing sweeter than going back to school as a national champion. That is something that motivates me to win NXN. 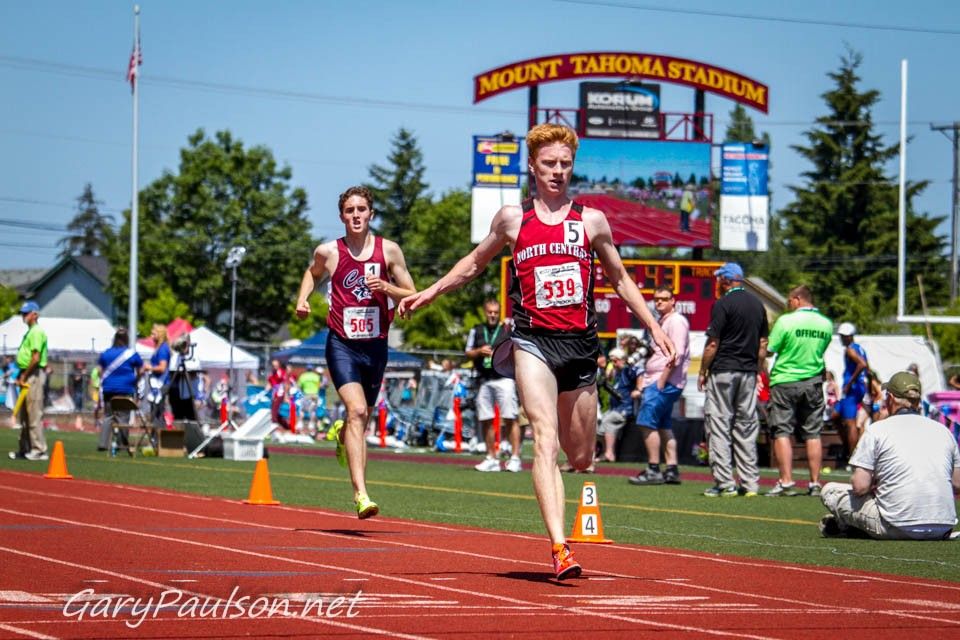 Talk about the dynamic of having another one of the nation's best in your state in John Dressel. And in years past, Joe Hardy and Kai Wilmont. How has that impacted your in-state racing?

Always having the nation's best in the [Washington] 3A classification has made our state meet one of the best. It's impacted me in such a way to race better so I can see how I compare to some of the best.

Share with us your feelings last spring at Arcadia after you broke 9:00 in the 2 mile for the first time but got 19th and maybe didn't do as well as you wanted.

The race there has always been the race to go to if you want to break 9:00. I was ready and fit at that point, but I ran in lane 3 almost the whole way. The race is too big for everyone to run well. That's why I'll be racing at Oregon Relays to race Matthew Matton instead of Arcadia.

I suppose I would say I'm a XC guy. Track is fun and I would love to run faster, but the longer the distance the faster I can run.

When you graduate and look back on your high school running career what do you want to say you have accomplished? Time goals? National accolades?

I want to look back and say I did my best for my team in every race. I feel like that will lead to Nationals and fast times that I can be proud of.

How has the college decision process been going? What schools are you looking at? Are you hoping to make a decision by a certain date?

University of Washington, Wisconsin, Norther Arizon (NAU), UNC, Syracuse
I plan on making my choice late in January. The whole experience has been really fun. I like going out to eat at all these different places.

Describe your most memorable/funny/shocking/scary training run.

My team was doing a morning run when a car almost ran us over. One of the seniors at the time hit the back of the car with his hand. Then, a block later, a huge mailman got out and cornered one of the smallest guys on [the team]. Not knowing he did this we all kept running (sprinting away).

Describe some of your favorite things to do, not involving running.

I love to bridge jump and cliff jump. My favorite thing to do though, is to go out and come back with a crazy story to tell.