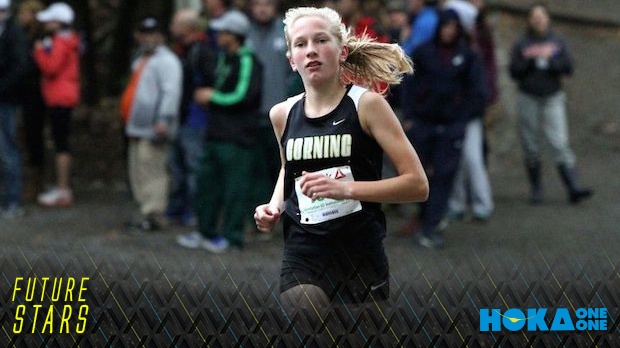 Breaking the course record at the historic McQuaid Invitational (16:43 3 miles) at the end of September then running the fastest time of the day at one of the nation's largest meets in the Manhattan Invitational (14:18 2.5 miles) has reigning New York state champ Jessica Lawson of Corning looking like the top sophomore girls cross country runner currently in the country. Is it really that surprising after Lawson set the freshmen national record indoor 5K record last winter in 17:08? She will attempt to set herself up to become a four-time New York state cross country champ if she can grab her second title next month as a 10th grader with two more years to go.

Each month, MileSplit will be selecting 21 sophomore girls as part of the Future Stars of XC Team presented by Hoka One One building into the end of season team to be finalized in early December. Check out the top sophomore girls XC performers nationally from the first month of cross country below split into a first, second, and third team of Future Stars.