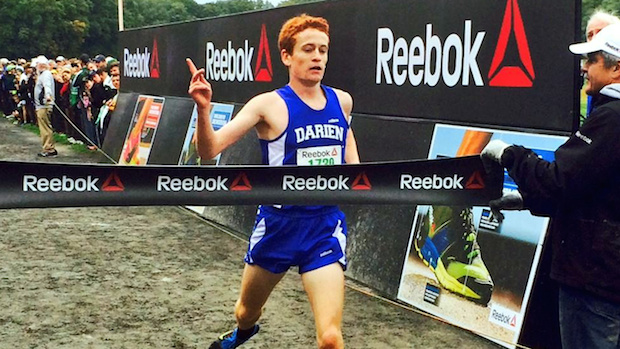 The Fayetteville-Manlius girls made it a rare team sweep of the Eastern States titles at Manhattan with a 14:42 team average on the 2.5 mile course at Vanny and 42 second spread. US #7 ranked Weini Kelati of Heritage (Leesburg) won Eastern States, the premier race at Manhattan Invite, with the second fastest time of the day in 14:20. Only sophomore Jessica Lawson (NY) ran faster with a swift 14:18 in the Varsity C race. The third fastest girls' time came from anohter sophomore Briana Gess (NJ). Gess dropped a quick 14:25 in the Varsity B race. More to come including in-depth race video coverage!

Back to 10/4 National XC Weekend Recap