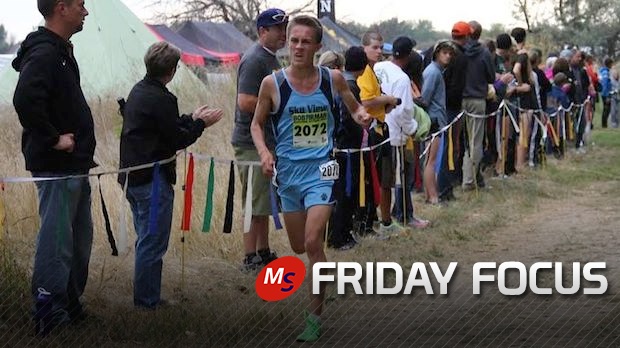 On every Friday, MileSplit US will feature a Q&A interview with a top high school athlete called "Friday Focus". The first edition starts with Sky VIew (Smithfield, UT) senior Conner Mantz, who won the Bob Firman Invitational last weekend with the fastest 5K time in the country (tying John Dressel's performance at Stanford Invite) with a 14:51 victory against current US top 10 ranked runners Tanner Anderson (North Central WA) and Elijah Armstrong (Pocatello ID). Seventh at the 2013 Foot Locker Nationals and a national champ indoors in the 5K, the 4:07 miler Mantz is aiming to end this fall as a national champion in cross country.

You had a great start to the season with wins at Highland and the Aggie invites. Talk about those two races and how you felt with your season beginning?

A: It felt great to get the wins at both these meets. Both are special meets for me. Highland was my first real cross country meet ever (when I was a freshman) and the Aggie invite was close to home.

What is it about that Utah State course that runs so much faster than most Utah courses at elevation?

It’s a fairly flat course with gradual hills.  The course is made of only short grass and gravel, so it’s very ideal for fast times.

You then took a few weeks off for racing before the Bob Firman Invite. How did you spend those weekends off with your training?

One weekend was our homecoming and the other one I went on a trail run with a few of my teammates. I had some hard training runs though. 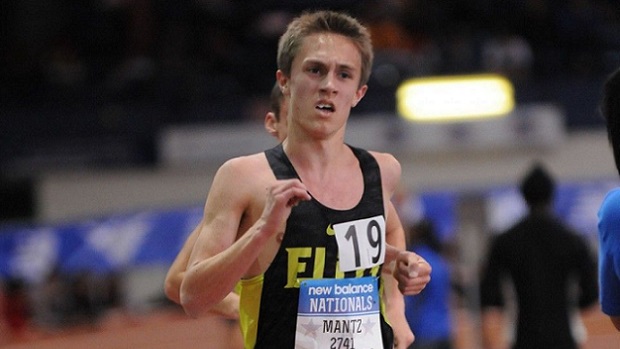 The fact that you were coming off a late start to summer training due to racing late into summer for XC. Do you find yourself still spending a lot of time in September and October doing a lot of base work and long runs as well?

Yeah, I’m still trying to do some base stuff and long runs, but our team does still do a lot of speed work, so I’m keeping a good balance of it all.

One of your first weeks back into summer training was spent at Nike Elite Camp in Oregon. What was that experience like training with some of top runners and your toughest competition in the country?

The experience was a blast.  It was great to hang out with all those guys, like Elijah, Mikey, Johnny, Matt and everyone else, without having to worry about a big race the next day.

I’m not sure on what I’ll be doing, but I’m leaning toward Foot Locker right now.  It’s a little easier to train for because the regional is 6 weeks after our state meet, so I can peak for state and nationals. 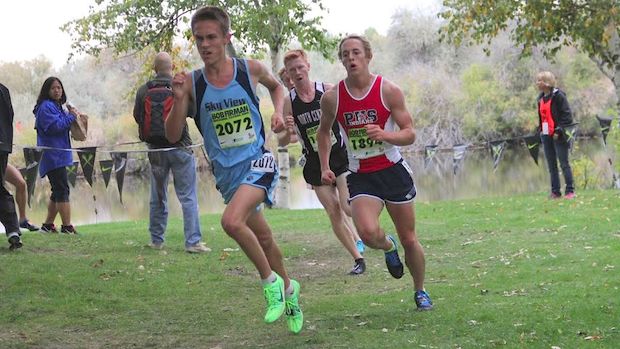 You've always been considered more of a long distance runner, but showed improved leg speed in the outdoor season running a 4:07 mile and 1:56 800 at altitude. Has your speed development been a big focus for you over the past year and have you noticed any differences in your ability to finish stronger in races this fall?

Yes, one reason is my coach had a lot harder speed workouts last track season then we usually do. The biggest reason, thought, is I had a few teammates (Tyson Compton and Alex Lyons in particular) that had great speed and were able to push me in everything 400m and under. Tyson ended up running a 1:55 and 4:24 at state, and Alex ran a 4:20.  Alex is in my grade and is usually on my heels, or ahead of me, in speed workouts. If he runs and trains smart, he will be right up with me in races this next season.

Your triple was quite impressive at the Utah State Meet. Did you think you had that in you?

Thanks, and no. The 1600m was my biggest focus and to do as well as I did there was great. The 3200m was a little different.  I was planning on just running fast enough to win, but 2 laps into it I found myself at a 2:10, and decided it would be stupid to not go for a sub-9. I was very tired after the 3200m, and begged my coach to let me not run the 800m, because I was in the slow heat and was seeded 6th in it.  My coach said that if I didn’t score, it would still be a good workout for the post-season races. When I lined up, I knew that if I didn’t give it everything I would regret it later, so I pushed myself as much as I could at that time.  I PR’ed by over 3 seconds and won my heat placed 5th overall.

Bob Firman was your first major test of the XC season racing against 2 other US top 10 ranked runners in Tanner Anderson and Elijah Armstrong. How did the race unfold for you in order for you to pick up the big win?

It was really just my day that day. If it was Elijah’s or Tanner’s day they would probably have won. For me, the race felt like it went out slow, but it went out decently fast. I felt really good about 1000m into it and took the lead.  I ran really focused and was passed by Elijah on the hill (about 1.25 miles into it), but passed him a little after.  Tanner was on my tail for most of the rest of the race. I made a surge at two miles and on the hill the second time, which ended up being just enough to pull away from him. 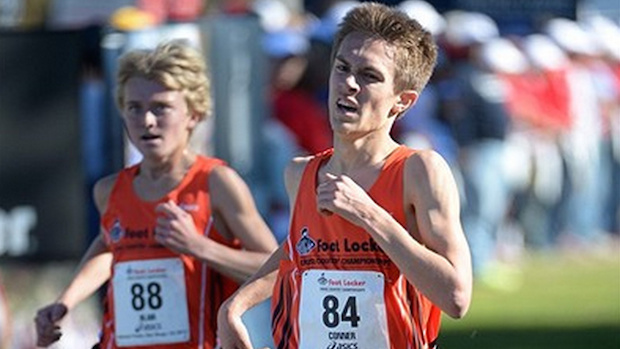 What gives you more confidence...running fast time like you did at the Aggie Invite or beating some of the best in the country like at Firman with wins against Anderson and Armstrong?

I think Bob Firman does, because sometimes it’s hard for me to focus on running with people around me.  Also, they are great athletes, and so knowing I can compete with them really helps me know where I’m at.

Winning a national title last winter in the New Balance Nationals 5K had to be one of your top moments so far in high school. What would it mean to you to replicate that feeling again this fall?

It would be great. I remember watching the video of Lukas Verzbicas winning Foot Locker when I was a 7th grader. That was one of the things that made me want to do cross country when I got to high school, instead of running.

What are your top goals left remaining to accomplish in your senior year of high school?

My top goals would be to win a national title, and to make the World Junior Championships in cross country.  I would also love to see if I could run a sub-4 mile, but that might be a little far out.  I’ll still go for it though.