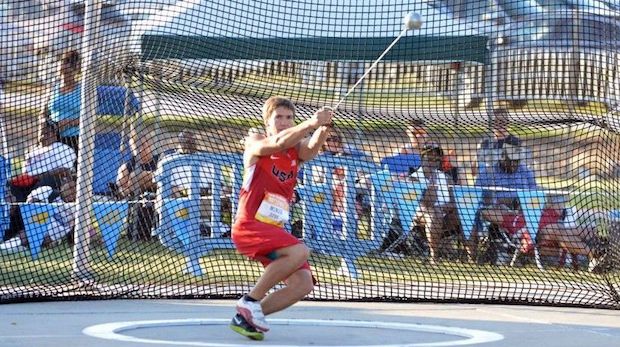 Many of the top throwers in the country traveled to Chicago this weekend to compete in the Chicagoland Throwers Series, which has been a great post-season opportunity for the nation's elite in the shot, discus, javelin, and hammer. The National Scholastic Athletic Foundation helps many of these athletes fly in from all over the country to compete in the the event. With these athletes getting a chance to be mixed in a elite field with older competition, the enviroment is certainly condusive for big throws being pushed by and learning from the experienced field of pros around the high school athletes. 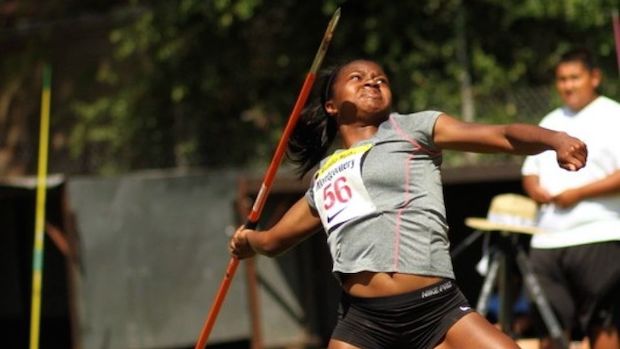 Despite stormy weather delaying events on Saturday, the meet went off and so did some big marks. Three of the top high school event performers achieved personal best marks between Tairyn Montgomery of Redondo Union (CA) in the girls javelin throw at 163 feet, Felipe Valencia of La Joya Palmview in the boys shot put at 65'7.50", and Colin Minor of South Brunswick (NC) in the boys hammer throw at 232'4". 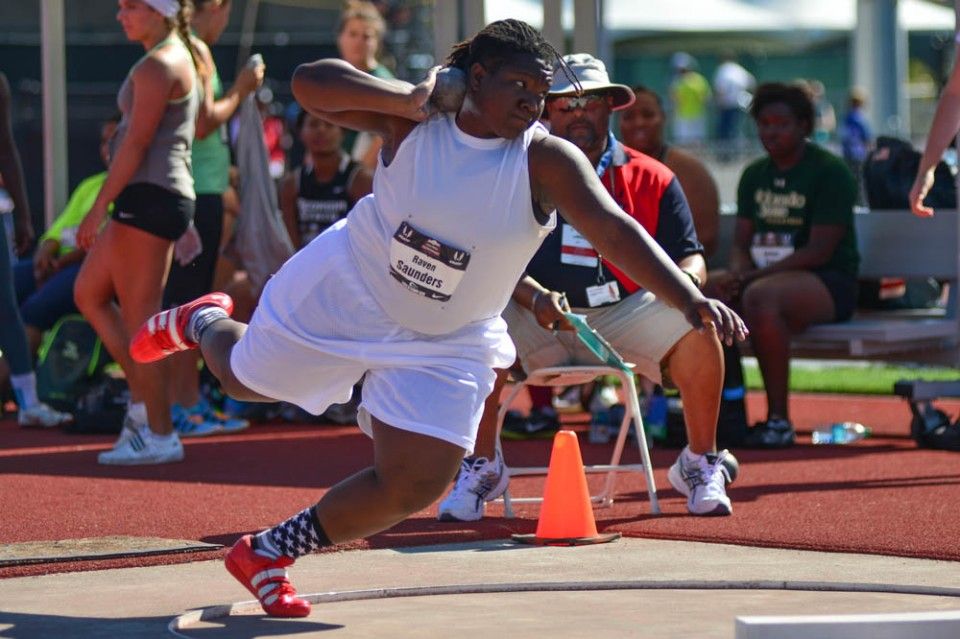 Girls shot put national record holder Raven Saunders tuned up in between competing in the US Juniors last weekend and World Juniors in two weeks with the recent Burke High School (SC) graduate putting together an impressive series at Benedictine University in Lisle, Illinois on Saturday with four marks over 50 feet including a 56'4" best of the day to finish fourth overall as the top high schooler in the the competition over a group of national caliber athletes in the shot. Competing against older elite athletes this past weekend, Saunders is looking to be pushed again at the World Junior Championships and earn herself a medal for her country.

Saunders was also the second best high school performer in the girls discus with a mark of 149'2" for 7th overall and just behind US leader Kiana Phelps (6th, 149'3") from Iowa as only one inch separated the two for first and second place in the competition. It was a good redemption meet for Phelps after unable to win the national title at New Balance Nationals last month.

Another discus thrower who found redemption after disappointment last week in Eugene at US Juniors was Carlos Davis of Blue Springs High School in Missouri. The rising junior and US #1 ranked Davis finished ahead a sound field of high school discus throwers with his fourth place overall performance of 194'11". 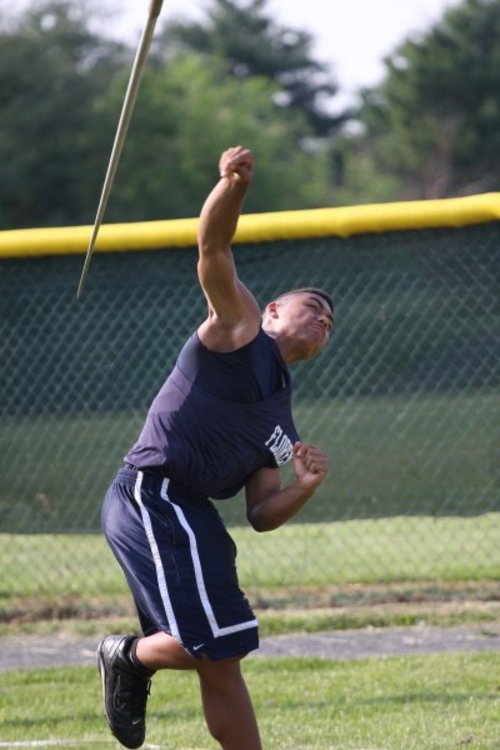 Curtis Thompson continues rolling this summer in the javelin throw. Set the New Jersey state record last month at the New Jersey Meet of Champions with a US #1 mark and last week made the World Junior team for the US in Eugene. The Florerence Township (NJ) thrower was the top high school thrower this weekend at Chicagoland Thrower Series after holding off a breakthrough PR performance from Nick Solfanelli (2nd, 215'8") of Scranton Prep in Pennsylvania with Thompson having the best prep throw of the day at 217'6" to place 6th overall.

With only one loss on her resume' for the season in a runner-up finish at the New Balance Nationals against high school competition, Haley Showalter continued her steady season in the hammer throw maintaining her consistency over 180 feet with a toss of 184'11" from the Valor Christian High School (CO) rising senior. Showalter competes next for Team USA at the World Junior Games.