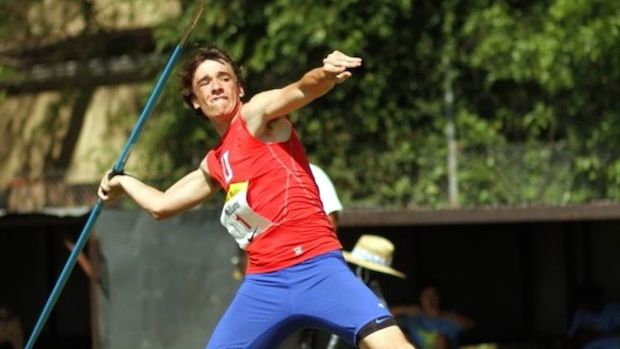 “It’s very motivating going into world junior. Last year was a little bit of a disappointment. I only got third at youth trials and that gave me a lot of motivation to come back and get a spot on the team.”

On His Performance Thursday

“It’s a great feeling. I made the world youth and that was a new experience, going out of the country. But this year is more motivation because it’s in the U.S. and there are more U.S. fans. I’m going to be representing the best country in the world, so it feels great.”

On the Long Jump, Jav and 800 Performances

“In the long jump, I kind of got off to a rocky start. I didn’t get on the board, and I felt like it just wasn’t going to be my day. But my coaches told me just to go to my happy place and just try to compete. I didn’t PR, but my goal coming in was to try to win every event, so winning long jump was really fun. I’ve never been in a hept competition where the first three have been so close like we were within a centimeter of each other.

On qualifying for the Team USA World Junior team

“I knew going into the 800m that there wasn’t really a way I wouldn’t make it. Coming in, I felt I had a really good chance of making it. It’s incredible because I’ve been coming to Juniors since my sophomore year in high school. I didn’t have big expectations my sophomore year, but coming in last year, I was third going into the eighth event and finished fourth, so I was really disappointed. I came back this year with the attitude that nothing was going to stop me. Especially with the meet being in Oregon, and I’m going to Oregon. It’s even better. It’s amazing, and I can’t describe how excited I am.”

“I’m really happy. It was an overall PR for me. I’m not a heptathlete who has one outstanding event. For me it feels like a creep up there. I’ll get second or third in every event, so people don’t see me coming. In the end, it all adds up and it’s such a great feeling.

“I’m so excited. This is one of my ultimate dreams to have a Team USA uniform. Down the home stretch in the 800, I had to keep my eye on Emily because we were so close for second and third and in my head every step I kept going, ‘USA! USA!’” 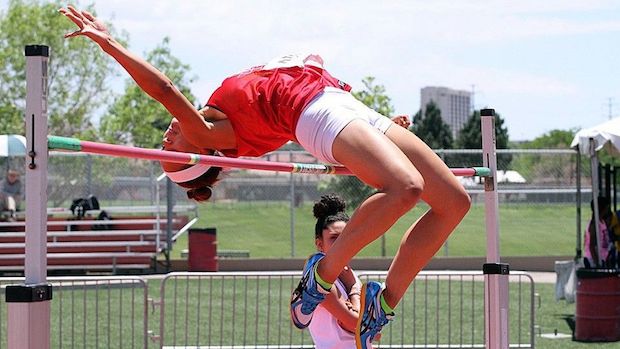 SACRAMENTO -- Young stars made strong impressions in the junior multi-events during the opening day of USATF Outdoor Championships at Hornet Stadium on the campus of Sacramento State University Wednesday.

Junior women’s athletes competed through the midpoint of the heptathlon as Ashlee Moore (Chandler, Arizona) racked up 3,402 points after four events. Moore goes into Thursday’s competition with an 85-point lead and first place.

Harrison Williams (Memphis, Tennessee) led junior men in the decathlon as he finished the first five events with 4,126 points and a 14-point edge. Williams was third in the opening event, setting a new PR with his time of 10.819 (+2.6) in the 100m. He gained momentum in long jump, earning his way to second place with a leap of 6.99m/22-11.25 (+3.4). However, he too finished below the top-five in shot put before regaining confidence it the high jump. Williams cleared 1.99m/6-6.25 for second place, gaining 794 points before taking his third runner-up spot of the day, finishing the 400m in 48.11 to beat his best by more than one second.

Ashlee Moore
"I definitely came in with the goal that it was just another race, another jump or another throw. I just wanted to come in and compete. Shot put didn't go that well. I would definitely want to throw further, but it's right where I've been so I wasn't too upset about it."

"High jump today was definitely a first on having first attempt clearances, so I was excited especially since we changed my whole approach. I was kind of nervous coming in, but it definitely worked and I couldn't be happier with it. I haven't jumped 5' 10" since my freshman year. Being able to get up to that height again and being able to clear it was a big accomplishment for me."

"I was basically just trying to get top-two since that's what I am trying to do this meet because that gets you to World Juniors. Coming into the meet, I knew there was going to be good competition."