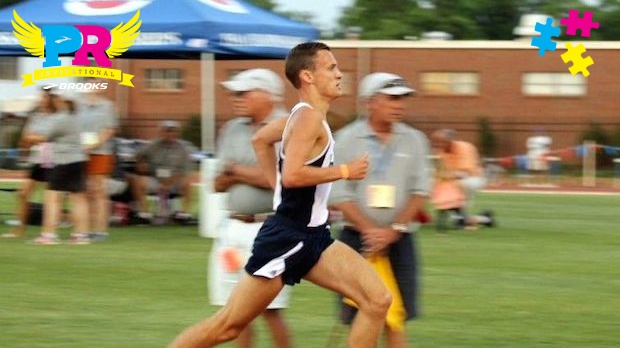 Aaron Templeton finished 7th in last year's Brooks PR Invitational when it was held indoors with a 9:08 performance. After running an 8:54 3200 meter time trial cross country and dipping under 9 minutes indoors in the 3200, the 2013 Foot Locker South cross country is aiming to finish off his outdoor season with one great race and a new PR in the two mile at the 2014 Brooks PR Invitational on Saturday in Seattle.
When did you first learn that you were invited to the Brooks PR Invite and how did your react?
I found out I would be returning to Brooks PR about mid March. I was honestly in shock when my coach placed the box in front of me. I really didn't think I had done anything very impressive in order to be invited back but I am very happy I am.
What does it mean to you to be invited to the Brooks PR Invitational?
I think the Brooks PR invite was and will be one if not the best races/experiences for high schoolers so it really is an honor to be going.
What do you hope to achieve at the meet?
Just as the name states I'm going for a big PR.
What music do you listen to before races?
I like all music anything from rap to classical can pump me up. My music choice is just dependent on my mood that day.
If you were stranded on an island with three things what would they be?
1. Running shoes
2. Music
3. My crew
What would you consider as your best or most favorite race of all-time and why?
I would probably have to pick my Annual 3200m post XC season time trail. It's just me vs. the clock under the light.
What are some things un-running related people might not know about you?
I really am just a big nerd.
How and why did you get involved in the sport?
I got my start in running from my brother who inspired me to go out for XC.
How has your training been leading up to the meet?
It has been a long season but I know I have more more good race under my belt.

Watch Aaron and the rest of the Brooks PR "puzzle pieces" race on June 21st on Flotrack and MileSplit!