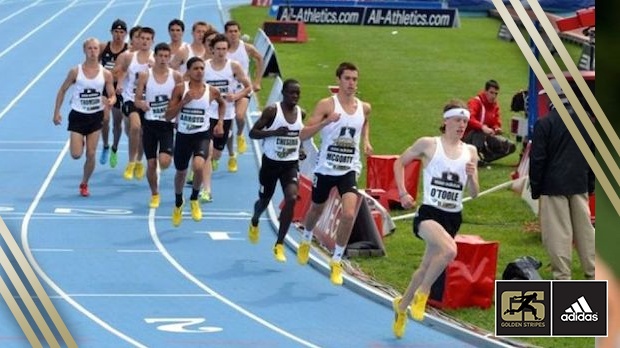 Tickets for the event, which is marking its 10th year of bringing the world’s top athletes to Icahn Stadium on Randall’s Island, are on sale now at www.adidasgrandprix.com or by calling 1-877-849-8722.

- Garrett O’Toole, whose time of 4:01.89 makes him the fastest prep miler in Massachusetts and New England history and makes him #14 all-time on the U.S. prep list, will be challenged by three fellow top-ranked athletes:

Joining them in the deep field will be:

The adidas Dream Miles and Dream 100 races will be shown live on USATF.TV between 3 p.m. and 4 p.m. EDT, and will be shown in capsule form on NBC Sports Network, which will broadcast the meet live from 4 p.m.-6 p.m. EDT. USATF.TV will resume coverage of the meet from 6 p.m.-6:30 p.m., before its “Cool Down” show begins.

The sixth stop on the international IAAF Diamond League circuit, the adidas Grand Prix is in its 10th year at Icahn Stadium, in conjunction with the Randall’s Island Sports Alliance. The latest news, photos and information on the event can be found atwww.adidasgrandprix.com; on Facebook; and on Twitter.