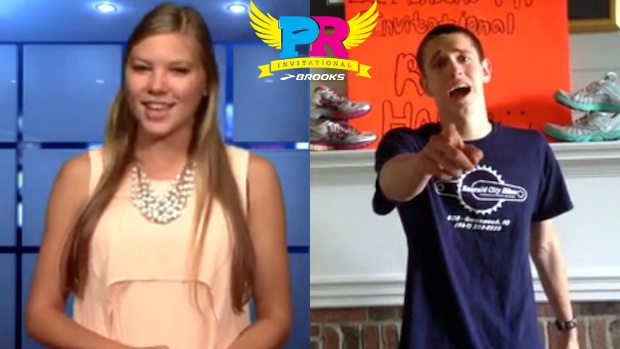 Congratulations to Jessica Van Cleave from St. Johns, Florida and Dylan Scott from Ninety Six, South Carolina as each has been selected as the two winners from this year's Brooks PR Student Reporter Contest as their video submissions and reporting skills have earned them an all-expenses paid trip by Brooks to join the Flotrack and MileSplit crew as part of our coverage team at the Brooks PR Invitational on Saturday, June 21st!

There were tons of awesome submissions, but the Student Reporter Contest has come to a close. Thank you to all who entered- you were so creative, funny, entertaining and we wish we could take you all with us to Seattle! Check out all the 2014 submissions HERE!

This year's Brooks PR Invitational is just over two weeks away and will be hosted for the first time ever OUTDOORS at Renton Memorial Stadium in Seattle, Washington! The fields are starting to be finalized with the last invitations going out. See the current start list of entrants on Flotrack here:

MileSplit and Flotrack will be on-site with LIVE coverage from Brooks PR with the assistance of our student reporter contest winners Jessica and Dylan! See you in Seattle!