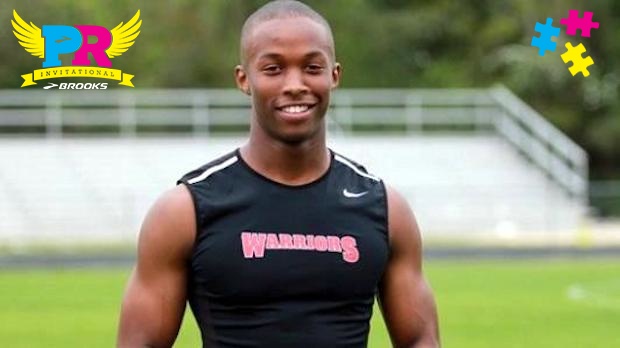 Another piece to the Brooks PR puzzle is Jaalen Jones of Thompson High School. Jones, a University of Miami signee, won both the 100 and 200 meter dash at the Alabama large school state championships. He was also a member of Team USA at the IAAF World Youth Championships in 2013 and brings with him a PR of 10.35 in the 100 meter dash to the Brooks PR Invitational on Saturday, June 21st in Seattle.

When did you first learn that you were invited to the Brooks PR Invite and how did your react?
Jones: I learned last Wednesday that I had been invited to Brooks. Words can't explain how ecstatic I was. I almost threw my phone across the room when my coach called and informed me.
What does it mean to you to be invited to the Brooks PR Invitational?
Jones: It means that people are finally recognizing my talents and seeing what I can do on and off the track.
What do you hope to achieve at the meet?
Jones: I hope to PR big time in the 100m dash and place in the top three.
What music do you listen to before races?
Jones: I listen to some rap before I race. More Kendrick Lamar than anything.
If you were stranded on an island with three things what would they be?
Jones: If I was stranded on an island I'd have to be stranded with a pair of running shoes, some water, and my music.
What would you consider as your best or most favorite race of all-time and why?
Jones: I would consider my 100m prelim of the Golden South Classic to be my all-time favorite race. That's when I realized that I was much faster than what I had been showing throughout my
high school season.
What are some things un-running related people might not know about you?
Jones: I've been to almost every continent.
How and why did you get involved in the sport?
Jones: My brother was a huge factor in me running track. He was the one to actually get me started with everything.
How has your training been leading up to the meet?
Jones: My training for the past few weeks has been pretty intensive. More speed/power work than anything.
What are you most looking forward about your trip, race, and weekend at the Brooks PR Invitational in Seattle?
Jones: I'm looking forward to running against the nation's best all in one race. There's no telling what could happen when we all get the on the starting line.

Watch Jaalen and the rest of the Brooks PR "puzzle pieces" race on June 21st on Flotrack and MileSplit!