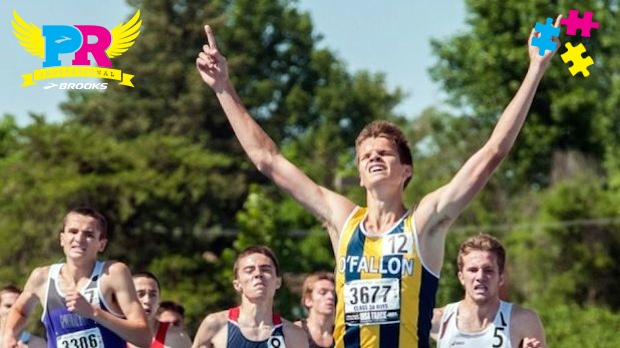 Another piece to the Brooks PR puzzle is O'Fallon distance runner Patrick Perrier. Perrier, a Stanford University signee, recently won the Illinois State Championship in the 1600 meters. He brings with him a US#4 4:06.70 mile posted at the Festival of Miles to the 2014 Brooks PR Invitational on Saturday, June 21st in Seattle and is hoping to dip as much under 4:05 as possible.


When did you first learn that you were invited to the Brooks PR Invite and how did your react?

Perrier: I first found out that I was racing when I checked my email at my conference meet. I was really excited because I wanted to get invited back to the meet to run the mile and thankfully that happened.

What does it mean to you to be invited to the Brooks PR Invitational?
Perrier: It really is an honor. Brooks puts on a fantastic event and it really does showcase the top track athletes in the country. Being invited back to run in an extremely competitive field truly is an honor and I hope to give back to Brooks by running a fantastic race.
What do you hope to achieve at the meet?
Perrier: I really want to take one final stab at dropping my mile PR. Ideally, I will pull my full mile time down to 4:04-4:05, but this field has the capability to have a runner break four minutes, and I want to compete and see what happens.
What music do you listen to before races?
Perrier: I listen to mostly Ellie Goulding because her music is both very chill and motivating at the same time.
If you were stranded on an island with three things what would they be?
Perrier: Food, Family, Friends 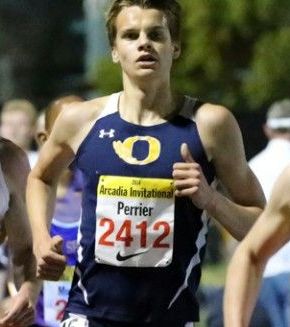 What would you consider as your best or most favorite race of all-time and why?

What are some things un-running related people might not know about you?
Perrier: I actually played soccer until sophomore year. I have only been running competitively for three years. The job I have is actually as a soccer trainer.

How and why did you get involved in the sport?
Perrier: I had some seniors convince me that I could be very good, so I went with it. I guess they were right.

How has your training been leading up to the meet?
Perrier: I am feeling very fast and I believe that the sky is the limit heading into this meet. My biggest enemy will be my own mind.

What are you most looking forward about your trip, race and weekend at the Brooks PR Invitational in Seattle?
Perrier:  I am really looking forward to the high intensity that great track meets produce, but I am also looking forward to meeting some amazing people, and catching back up with some of my friends from across the country.


Watch Patrick and the rest of the Brooks PR "puzzle pieces" race on June 21st on Flotrack and MileSplit!