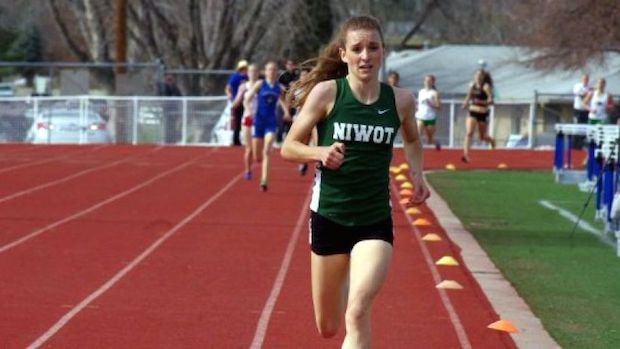 Only two other girls have ever run faster in US high school history at 1500 meters than Niwot High School senior Elise Cranny. Mary Cain and Jordan Hasay. While Mary Cain's 4:04.62 national record looks to be safe for the time being, the #2 all-time ranked performer at the distance in Jordan Hasay at 4:14.50 from 2008 seems ripe for the picking for the current US leader at 800 meters in Cranny. Cranny will have an excellent opportunity to move one spot up on that all-time list on Sunday when she returns to the same place that she ran her US #3 all-time 1500 meter time one year ago of 4:15.07 at the Payton Jordan Invitational against a post-collegiate professional and college field. Watch Cranny's 4:15.07 1500 at 2013 Payton Jordan Invite

It will be her second trip in the past three weeks to California after she ran two US #1 800 meter races in two straight days at the Mt. SAC Relays in mid-April winning a Friday division in 2:06 then running a lifetime best of 2:04.81 hanging onto a much stronger elite 800 field of collegiate and post-collegiate runners on Saturday, which ranks Cranny just off the US top 25 all-time outdoors list. Her fitness and recent 800 race performances indicates another PR, but this time a personal best at 1500 meters is in the cards for the future Cardinal.

A two-time national champion indoors the past two years at the New Balance Nationals (last year in the mile and this past March in the 800), Cranny also celebrated another major win over the winter months when she captured the USA Cross Country Championships title in nearby Boulder to her hometown of Niwot, Colorado. She will be looking to add to total mass collection of Colorado state titles (5 currently between XC and outdoor track) in the next month and hopefully help her track squad compete for a team title as well.

With the likes of Mary Cain, Alexa Efraimson, and Sarah Baxter having dominated the high school girls distance running national scene over the last two years, it is easy for Cranny to have slipped under the radar in this Golden Era for US high school distance girls. However, Cranny has her sights set on establishing herself over the next few months as one of the all-time greats that the sport has ever seen at the high school level and the ultimate goal of finishing this season racing in the finals of the junior women's 1500 for a medal at the IAAF World Junior Championships in late July at historic Hayward Field in Eugene, Oregon.

MileSplit interviewed Cranny while near her hometown for the St. Vrain Invitational (Longmont, CO) on Friday, which her team will be competing at, but the University of Stanford recruit will have to skip this year's St. Vrain Invite as she prepares and tunes up for one of her best opportunities for a fast 1500 meter time on her future home track in Palo Alto, California against a college and pro field.

Flotrack will be providing a Live Stream on Sunday of the meet including Cranny's race. Meanwhile, MileSplit will have a live feed of Cranny's teammates at Niwot High School and other top athletes from the state of Colorado in arguably the state's biggest and best outdoot track & field invitational on Friday at the St. Vrain Invitational. 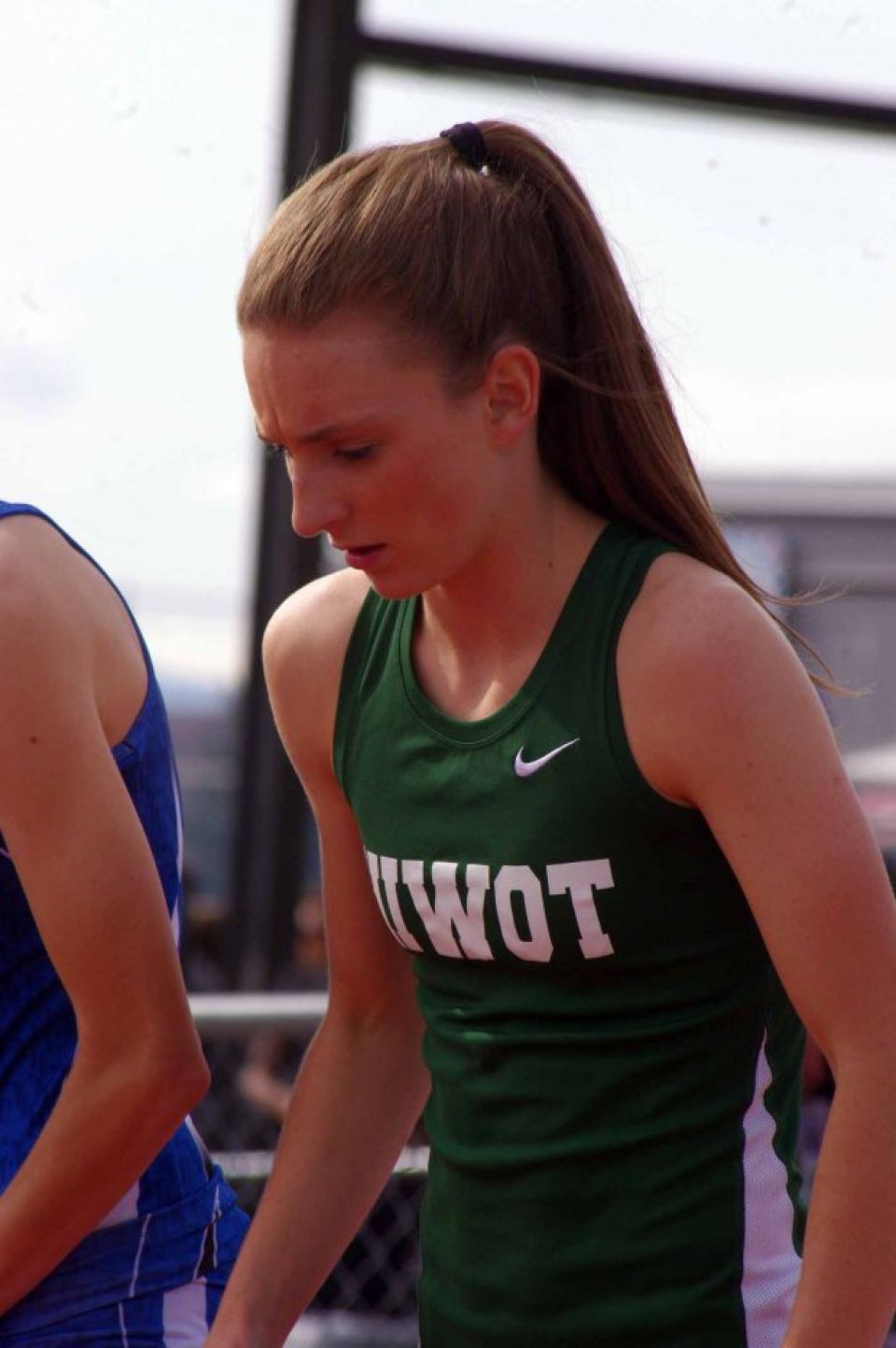 MileSplit US: Gearing up for another trip out to California to run at the Payton Jordan Invitational in the 1500 meter run. What are you looking to run or achieve in the race?

Elise Cranny: I am looking to run focused and competitive, and I would like to better my time from last year.

MileSplit US: You have fond memories to recall from this meet as you posted your lifetime 1500 best in the event last year of 4:15.07. What do you remember most from that race?
Cranny: I remember that the race seemed to go by really fast and I remember the excitement in the atmosphere.

MileSplit US: What draws you or reasons why you have selected to compete against tougher competition with collegiate and post-collegiate runners in meets such as Peyton Jordan Invite and Mt. SAC Relays?

MileSplit US: Lets talk about your races two weeks ago at the Mt. SAC Relays which included a 2:06 win in the first race with a US leading time then you jumped in the elite women's 800 the next day to lower your time down to 2:04. How different were those two races which one you were trying to win and the other you were just trying to hold onto the field for a fast time?
Cranny: The two races at Mt. Sac were completely different.  I was trying to win my heat in the first one.  Since that race went out slow (around 64) I really had to change gears the second lap and work on my finishing kick the last 100 meters.  The second race I was just trying to hold on as long as I could.  The first lap was much faster than the previous day so when I got to 600 meters I did not have the same energy and kick as I had had the day before.  After the second race, I learned that I need to go out fast and aggressively if I want to run a fast time.
MileSplit US: Was the second 800 meter race at Mt. SAC Relays planned or was that a last second change in schedule to jump into that one?
Cranny: The second 800 was a last second change in the schedule.  After the first race, my coach wanted me to run the second 800 on Saturday if it was possible because he felt I could run faster than a 2:06.
MileSplit US: What kind of workouts and training have you done over the past few months to stay so sharp and able to run fast 800 as you did indoors at New Balance Nationals as well as Mt. SAC Relays?
Cranny: I have been keeping my strength up through long runs and hills.  I have been able to stay sharp by doing 100s and 200s on the track.
MileSplit US: What is it like to be part of this Golden era of great high school distance runners with the likes of Mary Cain, Alexa Efraimson, Sarah Baxter and others. Does seeing some of the barrier breaking times and races they run inspire you and give you greater belief that you can run similar times that normally high school girls don't run?
Cranny: It is really exciting to be part of this "Golden Era."  All of these girls inspire me to run faster in every race and workout.  I love to see the fast times they are all running.  Seeing some of the barrier breaking times and races they run inspires me to set my own bar higher.  They inspire me to keep reaching higher and higher. 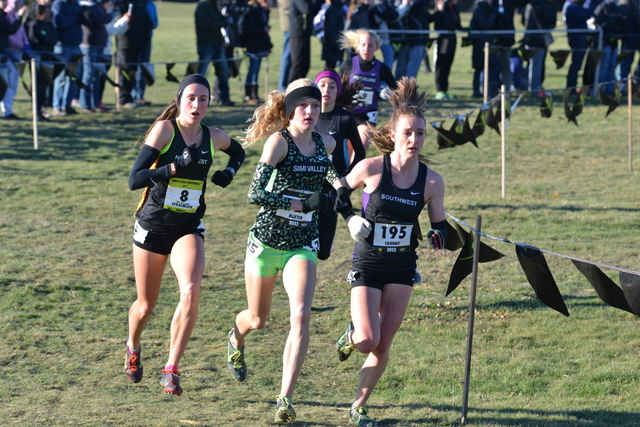 MileSplit US: The comparisons between you and Alexa Efraimson are often there and the two of you have had some epically close races in the past including the Nike Cross Nationals this past December as well as the Portland Track Festival 1500 last June. Do you enjoy and get a little bit more extra motivated in the rare opportunities that you get to race against Alexa?
Cranny: I love racing against Alexa.  She is such a great athlete and person, and it is so fun to be at some of the same races as her.  She pushes me in races and I learn a lot from racing against her.  I get motivated to race against her because I know she will always push me, and I know she will always have a finishing kick so I have to be ready for that. 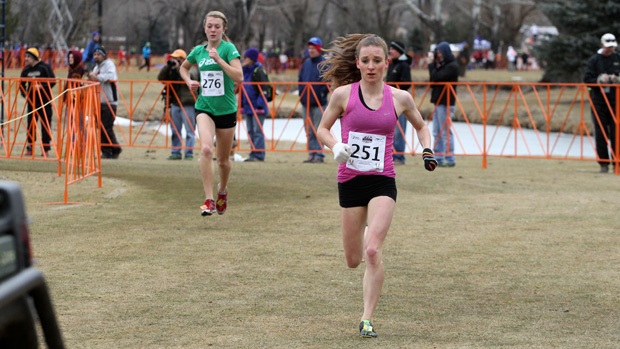 MileSplit US: Over the winter, you trained for and competed in the USA Cross Country Championships in Boulder, which you won the junior women's 6K race. Where does that win rank with some of your accomplishments especially winning a national title hosted in your homestate and were you able to build a big base for the outdoor track season preparing for that longer cross country race?
Cranny: The USA Cross Country Championships was a really fun race because it was local.  It was awesome being able to have track teammates, friends, and family at the race.  Training for this race helped me build a base during the winter and it also allowed me to remain focused on cross country racing instead of indoor track. 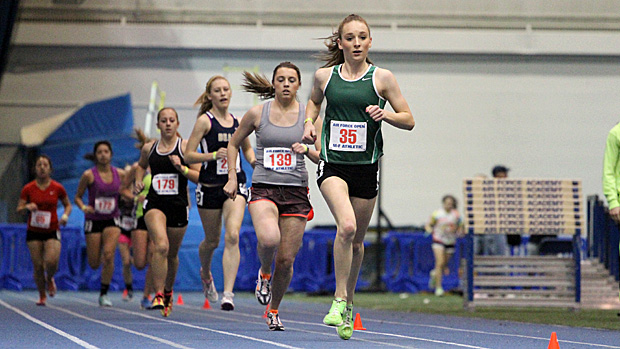 MileSplit US: The altitude time adjustments are made out to a be a big deal for most times posted by Colorado runners. Do you personally feel a major difference racing back in your home state compared to when you travel out-of-state to meets at lower elevation or sea level?
Cranny: Running at sea-level I definitely notice that it is easier to go out more aggressively in races.  If you try to go out too fast at altitude, the lack of oxygen catches up with you and makes for a very painful finish.  I feel that I always have a little more left in the tank for a finishing kick at sea level than I do at altitude.
MileSplit US: What has been your toughest or most ridiculous workout that you have ever done and came away from thinking "wow I can't believe I just did that workout"?
Cranny: The toughest workout for me was doing a tempo up a canyon in Boulder.
MileSplit US: Are the World Junior trials in your plans for the post-season plans?. If so, given your recent improvements in the 800 are considering that event more or almost as much as you would the 1500 to run at that meet? What would it mean to you to make the World Juniors team and represent the US in front of the home fans at Hayward Field?
Cranny: I plan to do the World Junior Trials this summer.  I will probably stick to running the 1500 at this meet.  It would mean the world to me if I made the World Juniors team.  I would love to represent the US and it would be special to be able to do that at Hayward Field.
MileSplit US: What's your remaining schedule of meets this outdoor season after Payton Jordan?
Cranny: After Payton Jordan, I will run at the Colorado State Meet.  Then, I am not exactly sure what meets I will do before Junior Trials. 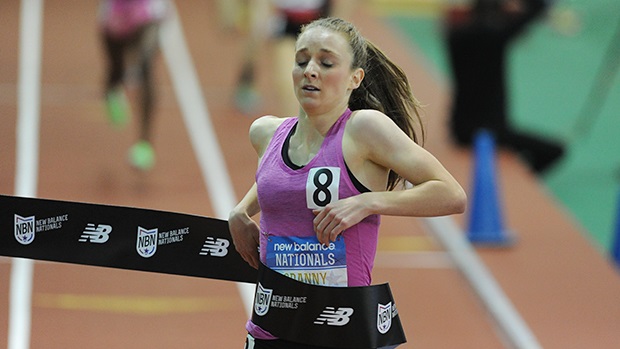 MileSplit US: A two-time national champion indoors and having won numerous state titles in Colorado, what else would you like to accomplish for goals in your finals months of high school running? Any specific times that you would like to run?
Cranny: I would love to win another state championship team title with my teammates.  I would also like to PR in the 3200 in Colorado. 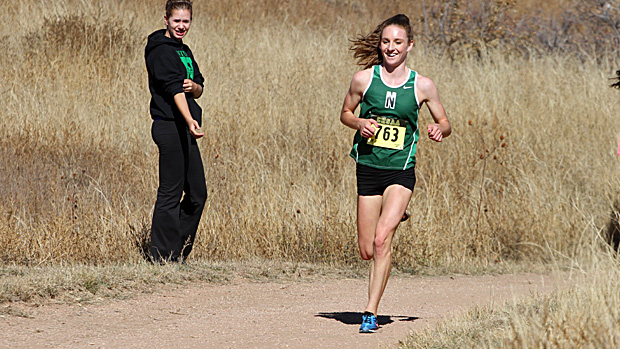 MileSplit US: We haven't gotten to seen you race or go after a fast time in the mile often despite having run some fast 1500s that would equate to a quick mile PR. Will there be a meet or two this season that you do plan to run the mile and try to roll out a fast time in?
Cranny: I am not sure if I will be trying to run a fast mile this year.  I might just focus on the 1500 in preparation for World Junior Trials.
Watch Cranny's 1500 race LIVE on Flotrack on Sunday
Watch Cranny's teammates and many of Colorado's best high school athletes race Friday at the St. Vrain Invitational LIVE on MileSplit
2013 Colorado State Meet Highlights Colorado State Championships May 19, 2013
Mullen RR Girls 1600 Meter Race Invite Heat Mullen Adidas Runners Roost Invitational Apr 13, 2013
NXR SW Girls Race Highlights Nike Cross Regionals - Southwest Nov 19, 2011
Tweets by milesplit