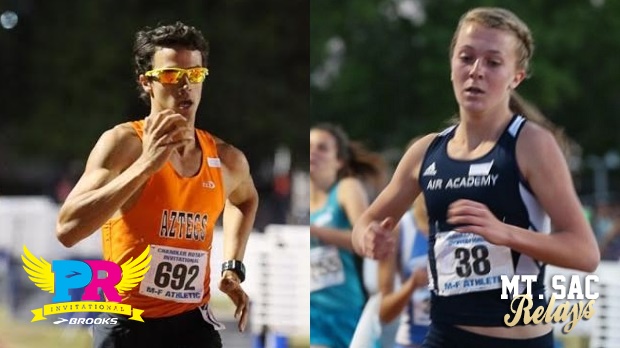 The iconic Mt. SAC Relays are nearly here, and in preparing for some of the most impressive races of the outdoor season, we're introducing the Brooks PR Mile! The fastest two boys and the fastest two girls in the mile run at Mt. SAC will automatically qualify for the 2014 Brooks PR Invitational. They'll join the rest of the invitees on the track on June 21 in Seattle. Invites to the meet go out now through the rest of the track season. Be sure to join the conversation on social media with the #MyPR hashtag.

Flotrack will be providing a live stream of the races at the Mt. Sac Relays, while the high school race videos will later be archived on our MileSplit California state site along with additional meet coverage and results.

Nathan Rodriguez this past Saturday in the invitaitonal mile at the Arcadia Invitational led for the first 3 laps before being chased down by Ricky Faure from Wyoming in the final 200 meters. Nonetheless, Rodriguez finished with a personal best time of 4:10.46. Rodriguez, the Arizona state champion in cross country and state runner-up last spring at 1600 meters, will try again for another race major invite victory this weekend.

Rodriguez's top threat for first place should be the next runner that crossed line behind him at Arcadia in Ellis Newton of Mayfair High School. Newton popped a PR of 4:12 for third place at Arcadia after recently running a 4:13 1600/1:53 800 double in his previous meet. Caleb Webb of Big Bear High School (CA) with a 4:17.47 mile at the Azusa Meet of Champions and Dustin Herold of Redondo Union (CA) with a 4:16.94 1600 from the Mustang Relays have the next fastest season best times in the field after Rodriguez and Newton at the mile or 1600 distance. Herold had an amazing and thrilling anchor leg for the Redondo Union boys DMR at the Arcadia Invitational to pull away in a four team battle as their team won in a time of 10:09 thanks to Herold's 1600 meter leg finish.

The Air Academy sophomore Katie Rainsberger is seeded third on the entry list, but tough not to pick her as the top contender to win coming in. Rainsberger ran 4:53 last spring for 1600 meters as a freshmen at altitude and was a Colorado state runner-up in the event along with producing a speedy 2:08 PR in the 800. In cross country, Rainsberger was a state runner-up to Elise Cranny and then ultimately finished a strong 6th place at the Nike Cross Nationals in Oregon.

Her top competition at Mt. Sac should come from Emma Abrahamson of La Costa Canyon (CA) and Sydney Badger of Centennial (NV), who both have season bests that place them just behind Rainsberger in the national rankings around the top 20 in the United States. Abrahamson is coming off a fantastic 10:23 breakthrough PR for 9th place in the stacked Arcadia Invitational girls 3200 race and has already run in the 4:50's five times this outdoor season including a runner-up 4:53 mile in the last Brooks PR Invitational qualifier at the Azusa Distance Meet of Champions a few weeks ago.

Nevada top prep distance runner Badger also raced at Arcadia and was featured on the Centennial High's 1600 meter sprint medley relay which broke 4 minutes thanks to a near 2:10 anchor leg 800 meter split by Badger. Badger faced off with Rainsberger earlier in the season in the Chandler Rotary Invitational as a runner-up by two seconds in the mile with a time of 4:54.44. 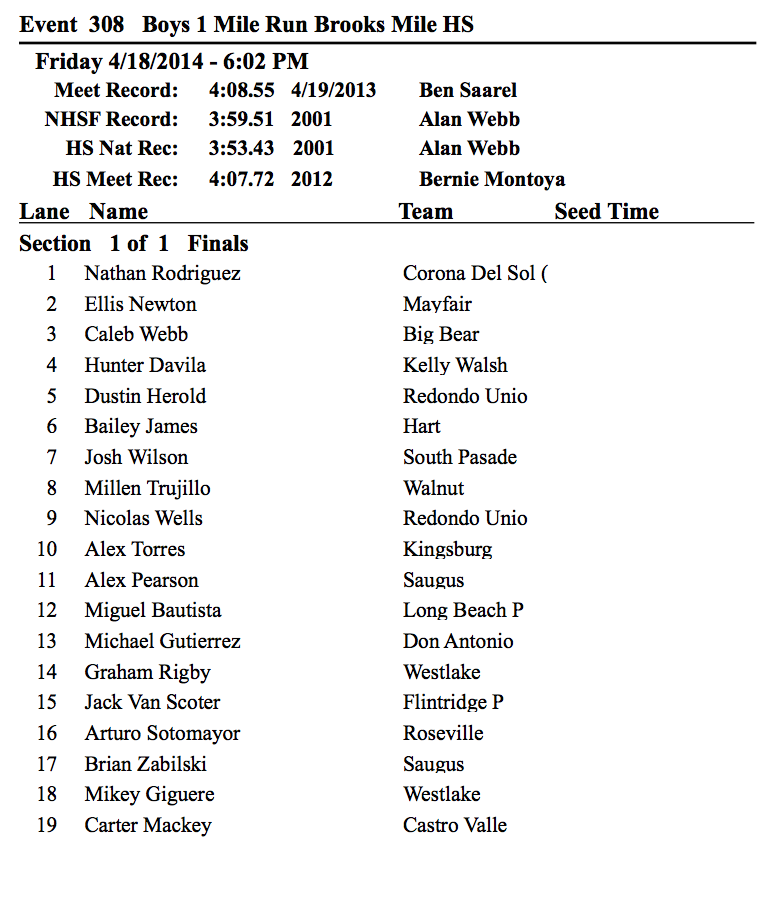 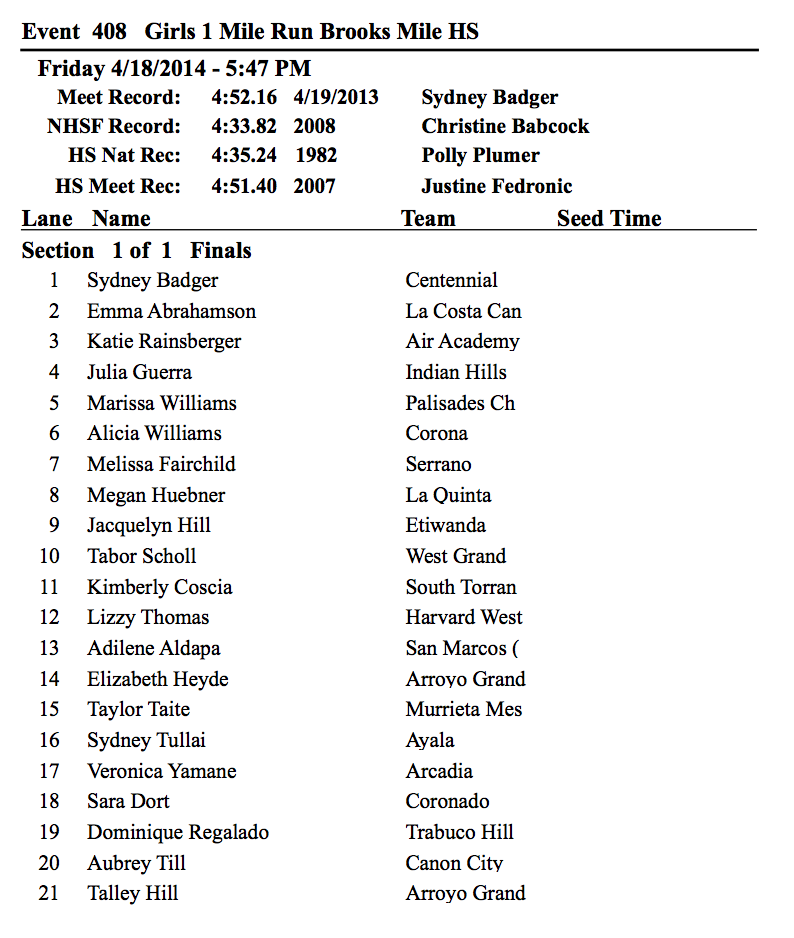