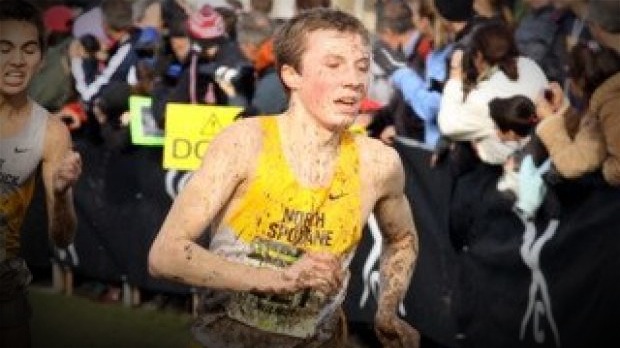 North Central High School star and 2013 Nike Cross-Country National Champion Kai Wilmot has verbally committed to run at the University of Wisconsin. His final decision came between Stanford and the Badgers, before electing to join Mick Byrne’s squad in Madison.

Wilmot set the Nike Cross-Country Nationals course record of 15:00 on Dec. 8 against some of the best runners in the country. It was a comeback year for the Spokane native, who spent most of his junior year sidelined by a iliotibial band syndrome during cross-country season, a hip injury during indoor season and a stress fracture in his left shin during the outdoor campaign. The potential has always been there as he ran 8:57 for 3,200-meters as a sophomore.

Washington’s boys cross-country depth in 2013 may arguably be one of the best in the country. Wilmot was only the fourth place finisher at the Class 3A State Championship.

“It just felt like a really good fit,” Wilmot told Flotrack after his decision. “I don’t know DeHaven at all, but I’m excited to be teammates with him and Hardy.”

The Badgers are coming off a season in which they finished ninth overall at the NCAA DI Cross-Country National Championship in Terre Haute, Ind. There was a cloud of doubt over Byrne’s team at the beginning of the season as many of his stars from recent National Championship podium-finishes graduated. His team managed to finish third at the Wisconsin Adidas Invitational and second at the BIG 10 Conference Championship to silence the doubters.

DeHaven, Hardy and Wilmot could be three pieces that complement Malachy Schrobligen and help the Badgers return to glory in the near future.