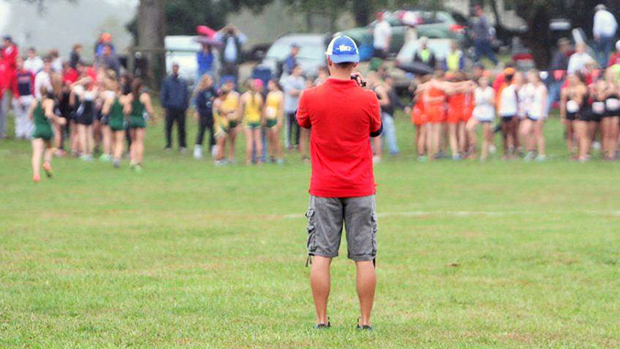 Yes Virginia, there is a national editor at MileSplit!

Back before there was a Flotrack.

Back before there was barely even a MileSplit Network.

Back in the days when the sports of high school track & field and cross country were just beginning to get their due on the internet, there was a MileStat.com.

What Virginia high school athletes and coaches did not know at the time, but certainly have learned over the past 13 years, is that their state webmaster is beyond passionate about the sport.

It was December of 2000, and Brandon Miles was just a sophomore at Jamestown High School in Williamsburg, VA. But he had an idea that there could be incredible coverage of these amazing athletes - from the smallest meet to the largest. And focused solely on their home state of Virginia.

Less than a year later, and seeing an opportunity to add powerful tools to his coverage arsenal, Brandon joined the fledgling MileSplit Network in mid-2001.

During that time, MileStat has grown to become the example of what a state website on the MileSplit Network should be. Everywhere. In depth. On time. Week in and week out. Rain or shine. Indoor or out. Heat after heat after heat.

Many weeks MileStat leads the network in page views. But what no other webmaster has yet replicated is… no one outworks Brandon. Meet after meet. Race after race. Day in and day out.

And now Brandon has the opportunity to take to a bigger stage. 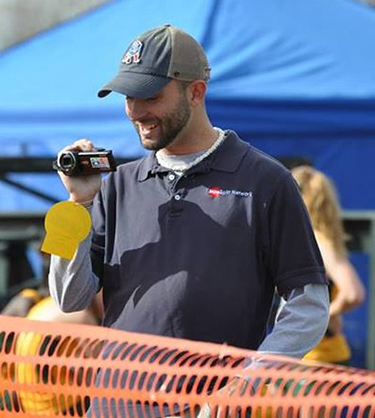 Brandon will be moving to Austin following the indoor season… representing not only Virginia, but MileSplit webmasters in helping to share the passion that is the MileSplit network.

"It was a very tough decision, considering all the wonderful people, connections, and friendships that I have made within the Virginia high school cross country and track & field community. I rank them right up there in importance and meaning to me as my own family. It will be very hard on me to be so far away in Texas, especially those who have been with me and seen the website grow into what it is today. I'm going to make sure the next person who replaces me knows how important this job and responsibility is to this community of people and to not let them down."

He'll be greeted in Austin by equally passionate publishers… led by Flocasts Co-Founder Martin Floreani… who said in making the selection of Brandon… "Brandon epitomizes what it means to be a part of FLO and MileSplit. The guy lives and breathes our sport and will do whatever it takes to grow it. He has grown VA Milesplit by leaps and bounds and now we get to see him shine on the next level."

And it's that next level that Brandon has squarely in his sites.

"I see great opportunity and exciting new challenges in taking over the MileSplit US national page. In this first year of transition for MileSplit (as a whole among its many state sites and the national site) under new ownership in Flocasts, my hope is to have a large and critical role in improving the MileSplit brand on the national level producing regular and original content, as well as helping and assisting our existing state sites to reach and maximize their potential in coverage. I'll also be looking to continue to find the right people to take over as webmasters in our inactive states and fulfill our ultimate goal of having someone producing coverage in all 50 states. I believe being in Austin at the Flocasts headquarters will give our new partners a resource of someone who knows MileSplit well, what it has always been about, and what it still can and should become. We will be taking what has been successful in Virginia and other MileSplit state sites; as well as what has been successful with Flotrack; and coming together with new ways and ideas to make MileSplit US the #1 site and source for high school track & field and cross country on a national level."

So… who wants to take Brandon's place in Virginia? (Didn't think so…)