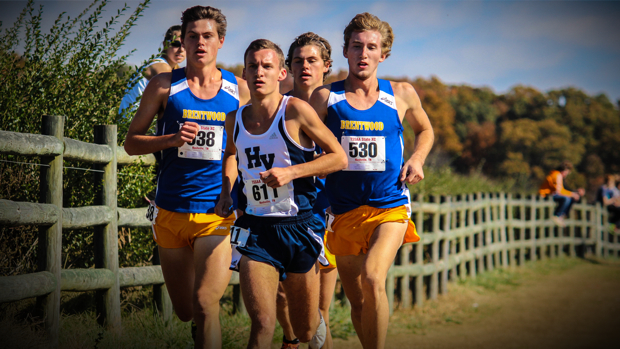 After last year’s scintillating record run of 14:28 by Sean McGorty(Chantilly, Fairfax, VA), it would seem there would be lull before someone could challenge the record again. But, in recent years the hallowed ground of 14:30s is not so sacred anymore and the talent keeps coming in waves. With McGorty breaking the 14:30 barrier, the floodgates could open up to a talented boy’s field on Saturday morning for the 34th running of the Foot Locker South Regional at McAlpine Park.

This year’s field is an awesome one with five runners coming in with 5k bests of 15 minutes or faster. Another 12 come in within 10 seconds of the 15 minute mark and the possibility of not running a sub 15 and not qualifying is very real. For those historically geared like myself, the fastest qualifying year was 2009 where 14:57 by Brian Atkinson of Melbourne, FL earned him the 10th and final spot on the South team. In 2001, before the change to the 10 persons qualifying, Milos Mitric as the final qualifier in 14:57.40.

McGorty’s record run of 14:28 seemed so far out of reach entering this season, but in the past few weeks the possibility of another record run seems very real. Leading the way is senior Aaron Templeton (Hardin Valley Academy, Knoxville, TN). He is the top finisher from last year’s race after finishing third with a time of 14:54.  He matched that time in winning the Wendy’s Invitational on the same McAlpine Course on October 10 to turn back Patrick Sheehan (Lake Norman, Mooresville, NC) by 1 second. However, Templeton has ratcheted it up in recent weeks. An astounding 8:54.29 for 3200m at the KYA Post Season Cross Country Time Trial on November 16 was 7.67 seconds better than he ran last year at the same meet and a personal best by some 4 seconds. Mind you, McGorty posted only two better marks last track season- an 8:46.07 to win the Lake Braddock Hall Of Fame Invitational 3200m and a 8:45.61 victory over two miles at the New Balance Outdoor Nationals. So, if time is a predictor, Templeton is primed for a record attempt.

But he is not alone in his post cross country season exploits and challenging for the top spot on Saturday.

Also cracking the 9 minute barrier in recent weeks were seniors Ian Milder (Mount Tabor, Winston-Salem, NC) and Ben Huffman (Providence Day School, Charlotte, NC). Milder was 17th in last year’s South Regional and blazed to an 8:58.37 clocking at the Dash for Doobie on Nov. 22 in Winston Salem, NC. Huffman was a step behind in cranking out an 8:58.84. Huffman, to his credit, also had a win at the Great American Boy’s Race of Champions and beat out the Brentwood High School juggernaut of Taylor Caldwell, and Alec and Aaron Thomas,  plus South Regional entrants Louis Colson (Thomas Edison, Alexandria, VA), and Philip Hall( Terry Sanford, Fayetteville, NC). Brentwood, US #7, will not be here to the chagrin of those wanting to see a really deep field as they have opted to contest the NXN South Regional.

The weather forecast is excellent with temperature not reaching the 50s at all and partly cloudy skies at the worst predicted.

There are several contenders willing to push the pace as is the wont on this course, but it will be those who find the will to bring it home in the final mile that will contend for the coveted ten spots.

But there are ten spots to be earned and the field is deep. Let’s take a look at the top entries coming in to Saturday’s race.

Brent Demarest, Senior, Porter Gaud, Charleston, SC.  He finished 8th at the Great American Race of Champions in a time of 15:16.9 and went on to win his third consecutive SCISA State Cross Country title. His 14:46.85 personal best is the tops of the field. He finished 10th last year which is the second best of all returners.

Patrick Sheehan, Senior, Lake Norman, Mooresville, NC. Sheehan finished an oh-so-close second to Templeton to run his best time of the year-14:55. He finished 5th at the NCHSAA 4A State XC Champs in 15:29.67 behind Wyatt Maxey (Providence, Charlotte, NC) and Ian Milder who are in Saturday’s field. However, he bounced back for a solid time at the Dash for Doobie 3200m, finishing in 9:13.49 which was a personal best by 39 seconds.

Kevin Mills, Senior, Peachtree Ridge, Lawrenceville, GA. He won the Georgia 6A State XC Champs in 16:03 on the challenging Carrollton course. He finished 2nd to Sukhi Khosla(Leon, Tallahassee, FL) on the same course at the Carrolton Orthopedic Invitational on September 13 with a 15:59.17. His 14:57.65 best came on the super-fast Alexander High School/Asics Invitational course that seemed to run 30+ seconds faster than other meets.

Louis Colson, Senior, Thomas Edison, Alexandria, VA. He took second in the Great American Race of Champions race in 15:00.9, his personal best. He capped his season off with a win in the VHSL 5A State championships in a time of 15:06. He has one of the faster 1600m personal bests in the field with his 4:14.26.

Mac Macoy, Senior, Vestavia Hills, AL. His best time came in finishing second to Khosla at the FSU Invite on Oct. 11. Since then, he has been low key winning the AHSAA 6A XC State Champs in 15:44.5. The lanky senior also has some wheels having run the mile in 4:14.64.

Tyler Bennett, Senior, Fort Myers, FL. He ran his best time of 15:06.68 in finishing third to Khosla and Macoy at the FSU Invitational. He finished second at the FHSAA 3A State XC Championships too in 15:23.36. Bennett is the fourth best returnee after his 20th place last year.

Bryan Kamau, Senior, Shiloh, Snellville, GA. His personal best of 15:10.86 was set at the Alexander/ Asics Invitational. He won the USATF Junior Olympics Youth 1500m this past summer in a time of 3:59.17.

Adam Barnard, Junior, Daniel Boone, Gray, TN.  He won the sophomore race in 15:37 last year. He improved upon that time when he finished 3rd at the Wendy’s Invitational with his personal best of 15:15. He followed that with a 3rd place at the KYA Post Season Cross Country time trial in a personal best of 9:15.96.

Brendan Taylor, Senior, Catholic, Little Rock, AR. His best of 15:14.70 came in winning the Arkansas State XC championships. His personal best of 9:12.43 in the 3200m came in winning the Meet of Champions. He also is the fastest miler in the field running a 4:13.38 to win the Music City Distance Carnival mile.

Jacob Shiohira, Junior, Bentonville, AR. His biggest win came last week at the NXN South Regional. He won in a time of 15:28.7. He finished second to Taylor in his personal best of 15:18. It has been quite a coming out party for this junior.

Here is a performance list of this year’s top performers ( based on entries received as of 11/26/2013 and performances listed on milesplit.us database).