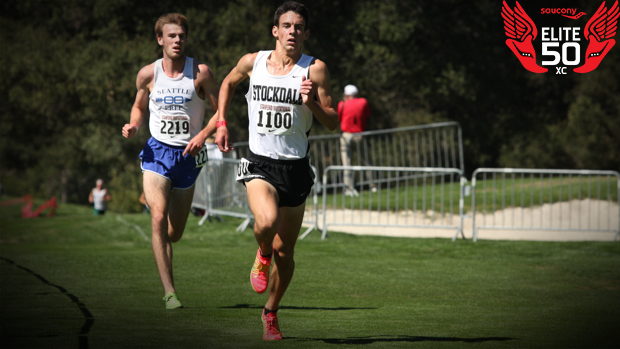 Just when we thought it couldn't get more exciting, Blake Haney, Joe Hardy and Estevan De La Rosa decided to race each other at the 40th Stanford Invitational.  And it lived up to the billing and then some!  Blake won over Joe with both times in 14:58 in a thrilling showdown.  Watch the race and interviews here.  And then a surprise happened, Steven Fahy, younger brother of Cali star Darren Fahy out of La Costa Canyon, rocked a race of his own to snag 3rd in 15:04 while Estevan De La Rosa finished 4th in 15:13.

Cerake Geberkidane, CO, moves up the rankings after another win by close to two minutes as he continued to add to his legacy in Colorado, and gets his due as one of the top runners in the country.  #12 Obsa Ali, MN, also had a big race by getting the course record while winning the Roy Griak Invitational.

There were a few editions to the rankings as well with Mickey Burke, NY, leading the way with a stellar 14:25 3M clocking at the McQuaid Invitational and fellow New Yorker Brian Cook who recorded a #2 All-Time mark at the Queensbury Invitational.  Also in the rankings is Garrett Corcoran, CA, who recorded a 14:07 3M time at the Woodbridge Invite to finish 3rd to Haney and Rosa.